A Survivor's Return to the Boston Marathon 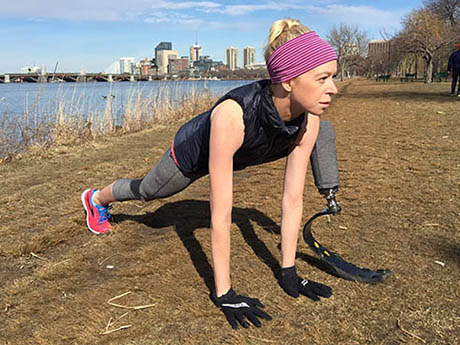 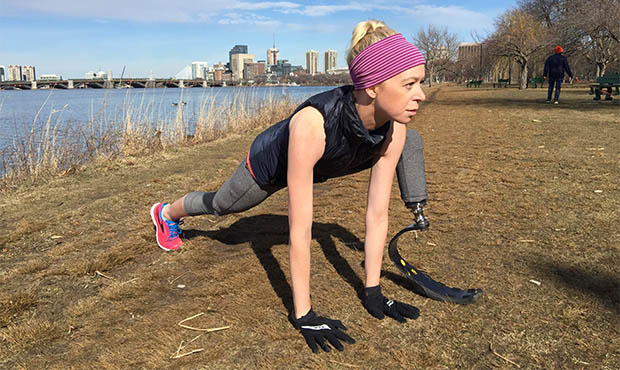 On April 15, 2013, Adrianne Haslet-Davis woke up in a Boston hospital to a horrific new reality. Her left leg below the knee was gone.

While on a walk with her husband—who had just returned from a tour in Afghanistan—the couple found themselves in the path of one of the two bombs that went off during the 2013 Boston Marathon.

The professional ballroom dancer, then just 32 years old, was devastated. But she became set on not letting the event define her.

Since then, the determined survivor has been on a mission to turn her tragedy into triumph. In 2015, with the help of a prosthetic leg, she danced at the Boston Marathon finish line.

Now, Haslet-Davis has her sights set on an even bigger goal: running the 2016 race.

"I always wanted to run Boston and after everything that happened in 2013, I knew how much the marathon meant to the city," she says. "I had my head and my heart set on running Boston."

Since deciding to enter the race, Haslet-Davis has been training to make her dream a reality.

It's been a challenging journey, especially considering she wasn't even a runner before her injury. In addition to building her endurance, she has also spent months learning how to run on a special prosthetic limb.

"I feel like (with) every run I do, I get stronger and stronger on my blade," she says. "It's really empowering."

Because the blade compresses to absorb pressure when it hits the ground, it's slightly longer than her natural leg. This requires her to lift her left leg higher than her right, which proved to be quite an exhausting effort.

"Learning to lift your left knee a little higher is very difficult," she says. "You kind of look like a flamingo when you are first learning."

Haslet-Davis suffered a setback in February when she developed hip flexor pain, and she was concerned it might end her marathon quest. Thankfully, the pain has subsided.

"I was able to push through that," she says. "That was my big hurdle."