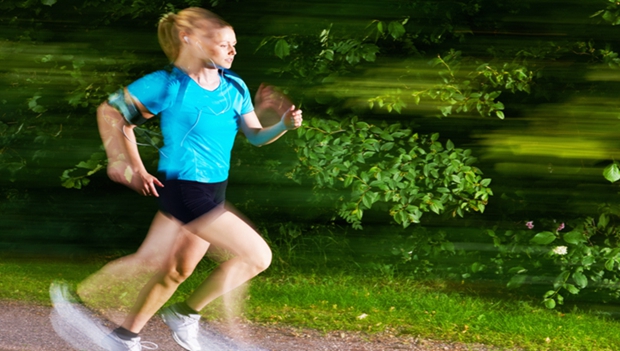 It's summer. That means warmer weather, more daylight, people out and about enjoying the sunshine—it has to be safer to run outdoors, right? Wrong.

Generally speaking, yes, it is safer to run when it's light out, as opposed to when it's dark, but there's something that happens to most of us during daylight—we feel invincible. And this is just as hazardous as running by ourselves at midnight on a poorly lit street.

According to a UNIFEM report, one in three American women will be sexually assaulted in their lifetime with the abuser usually someone known to her. If you find this shocking, it is.

If you're wondering what it has to do with running, I'll tell you that assailants are no longer waiting for the cover of night to strike. They will surprise you in the early hours of morning, during a midday trail run, or abduct you from the streets of your neighborhood. Just ask the five bay area women threatened while running a popular trail; or the woman who jumped over a cliff in Malibu to escape her attacker, or even Candice Moncayo who escaped Chelsea King's killer.

It can happen and we want you to be safe. Below are some of the best tried and true safety tips from police officers, EMT's, and other safety experts.

I know, it's so simple, but it works. Two people are harder to control than one, so attackers are less likely to strike and if they do, you've just doubled your chance of survival. If you don't have someone to run with, get a dog. Or borrow a dog. Not only does it make you a less attractive target, dogs can sometimes sense danger before we can.

Please note: the dog factor only works if your dog is bigger than a breadbox, otherwise, you might as well have a small child with you.

2) Do Not Run With Earphones

Again, this isn't rocket science. When you have loud music blaring in your ears, you can't hear a potential attacker come up behind you and it also slows your reaction time. Most of us runners have the bad habit of tuning out while we run. I do it—it's why most of us put our shoes on every day, and consistent loud music makes it easier to escape from the hyper-alertness of our everyday lives.

But when we dull our senses, we are less effective in the case of a surprise attack. If you must run with music, only use one earpiece, and switch ears during your run.

This tip is not only for those with crazy ex-boyfriends and girlfriends. When we run the same route, or the same two routes, day after day, it not only makes us easy targets for stalkers, we also have a tendency to zone out.

Altering your route makes you harder to track and keeps you more alert during your run because you are navigating unfamiliar terrain.  The more alert you are, the more likely you are to escape an attack.