6 Food Additives You Should Always Avoid 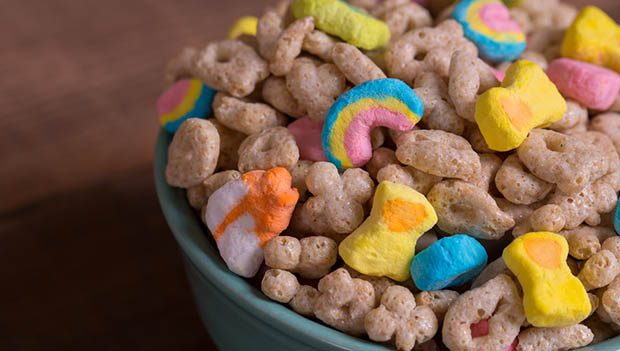 With thousands of products lining the grocery aisles, it can feel impossible to identify the best foods to put in your grocery cart. You've probably been told to look for organic foods or those that are low-fat, no sugar added, gluten-free or ones with "healthy labels."

Runners should strive to put the best food in their bodies to fuel training and try to avoid some of the worst food additives that come in a shocking number of products filling the shelves.

The next time you go to the grocery store, read the food labels and look for these six food additives that research shows can lead to long-term health problems.

What is it?
According to the FDA , Monosodium Glutamate is a naturally-occurring salt found in common amino acids that is used to enhance flavor.

Why is it harmful?
The science is not clear cut one way or another. Double blind tests have been found a link to ill-effects inconclusive  while Russell Blaylock, a neurosurgeon, included MSG in his book "Excitotoxins: The Taste that Kills." In review of Blaylock's work, the American Nutrition Association details Blaylock's evidence and arguments—where he describes how excitotoxins in excessive amounts can over stimulate neurons leading to their death. According to The Mayo Clinic , researchers have found some people are likely more sensitive to MSG than others, and can exhibit symptoms such as headaches, chest pain or nausea.

What is it?
Food dyes are simply pigment or additives used to enhance or enrich the color of a food. Common food dyes are Blue #1 and #2, Citrus Red #2 and Yellow #5, for example.

Why is it harmful?
In 1973, a pediatric allergist working with the Mayo Clinic named Benjamin Feingold  put forth the idea to the American Medical Association that food dyes and other food additives were responsible for a decrease in  learning-ability for some children. .. Today, the Mayo Clinic  states there is no solid evidence for health issues caused by food dyes.

If there is no conclusive evidence of health risks associated with food dyes, why are they banned in the European Union? The EU operates on a precautionary principle . The US government by comparison requires a higher burden of proof. While the proven link between food dyes and hyperactivity is tenuous, there is absolutely no benefit, either.

What food it is often found in?
Breakfast cereals, snacks marketed toward children and potato chips all commonly have food dye listen among their ingredients.

What is it?
Sodium Nitrate is a preservative often used in curing meats, and Sodium Nitrite is an additive that adds a pinkish-red color to cured meat and reduces the risk of botulism in canned meats.

Why is it harmful?
Several health risks are associated with both Sodium Nitrate and Sodium Nitrite. While the two additives are different, a small portion of Sodium Nitrate when digested can be broken down into Sodium Nitrite during the process , which can exacerbate any health issues you may have from Nitrites. Sodium Nitrate by itself can contribute to an increased risk for diabetes, Alzheimer's, obesity and blood vessel damage.  Nitrites in high amounts are known to be toxic to humans.

What food it is often found in?
Both sodium nitrate and Sodium Nitrite are found in cured and packaged meats such as jerky, sausage, bacon and hot dogs.

What is it?
Carrageenan is a polysaccharide extract from seaweed that is used to enhance the texture of food and keep mixtures uniform.

Why is it harmful?
Joanne K. Tobacman, MD, has studied the gastrointestinal effect  of carrageenan in animals. She found a link between carrageenan exposure and intestinal ulcerations. Carrageenan, in 2014, was shown to causecause inflammation in human intestinal cell linings. A later study in 2016  contested Tobacman's findings as carrageenan was not absorbed in linings during in vitro testing since it could not cross the membrane and was not found to be cytotoxic. The studies do make the case that a greater understanding of carrageenan is needed, as the effects are not completely understood in a variety of contexts or when bound with other various components.

What food it is often found in?
Carrageenan is found in many ice cream brands, creamers, yogurts and soy milk.

What are they?
Artificial sweeteners are any kind of substitute used in place of sugar. These include Stevia, sucralose, sugar alcohols and aspartame.

Why is it harmful?
Since sweeteners are different from each other, even if they're very similarly derived, research on their health effects can be highly layered and complicated—never mind when you are trying to collectively brand them as "safe for consumption."

One of the first risks with artificial sweeteners has to do with how it enables human behavior in consumption. The common example can be seen at any fast food chain. A person can feel free to order a large order fries to go along with their burger if they're drinking diet soda, since artificial sweeteners have no calories per gram.

In a 2012 interview with Harvard Health Publishing of the Harvard Medical School , Dr. David Ludwig, an obesity specialist working with the Boston Children's Hospital, discusses the downside of sweeteners vs. sugar. "Non-nutritive sweeteners are far more potent than table sugar and high-fructose corn syrup. A miniscule amount produces a sweet taste comparable to that of sugar without comparable calories. Overstimulation of sugar receptors from frequent use of these hyper-intense sweeteners may limit tolerance for more complex tastes," he stated.

The Harvard School of Public Health  provides a guide for the acceptable daily intake of each kind of sweetener; sweeteners should be used in moderation if at all. There are various links between them and diabetes, obesity and blood vessel damage . However, the effects of longterm consumption of foods and beverages with sweeteners are not yet well understood.

Food it is often found in?
Artificial sweeteners are found in diet sodas, low sugar or sugar free foods and many other boxed or plastic wrapped foods.

What is it?
Trans fat is sometimes a naturally occurring fat found in some animals, but the majority of the trans fats you consume come from hydrogenated olive oil, which is easy to produce, has a long shelf life and is cheap to use, making it an economical choice for many food producers.

Why is it harmful?
The list of observed health risks in regards to trans fats is long and varied. Trans fatty acids from hydrogenated oil are known to reduce your body's ability to synthesize essential fats  like Omega 3s, which can increase risk for coronary heart disease. Trans fats are positively associated with risk for Alzheimer's . In one study from Wake Forest University School of Medicine , even when caloric intake was similar, monkeys who consumed trans fats gained over five percent more body weight in contrast to monkeys who consumed other types of fat. This suggests trans fats can directly increase your risk for obesity, even when caloric totals are accounted for. While nutritional science often comes to murky or even contradictory results, the science on trans fats is clear. The FDA has ruled trans fats unsafe for consumption and has required companies phase them out  by January 2020.

What food it is often found in?
If a serving portion has less than half a gram of trans fat, a food's nutrition label is not required to list  it. Look for "hydrogenated vegetable oil" among the ingredients in the label. This is a clear giveaway that the food contains trans fats.

READ THIS NEXT: 20 Foods With the Most Added Sugar