5 Ways to Improve Your 5K Speed 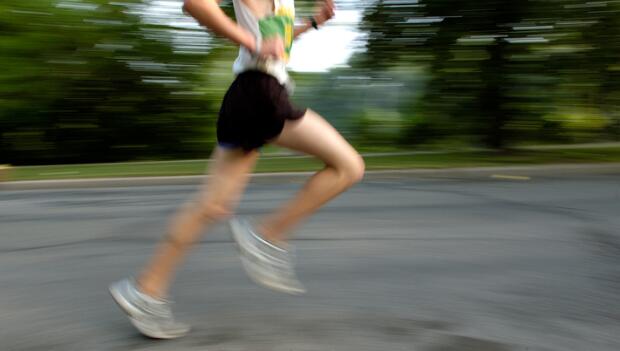 One of the primary goals among runners is to run faster.

Whether yearning to spend less time running around the block or striving to be the best age-group runner in the area, most who put one foot in front of the other wish they could be a bit quicker. Here is a proven program to improve 5K speed.

Every two weeks, increase the length of your long run. This will extend endurance limits, improve mental concentration at the end of races and enhance your physiological infrastructure.

Long runs improve your cardiovascular plumbing system so that you can better deliver blood to the exercising muscles and withdraw the waste more effectively. Long run pace should be three to four minutes slower than you can currently run per mile in a 5K.

Walk breaks should be inserted from the beginning of each long one according to the chart at JeffGalloway.com and in my book 5K/10K Running, which is available from that site.

The single component that most improves pace in races, according to my experience, is a weekly speed session. Most runners choose Tuesday or Wednesday as a speed day.

For example, if you wanted to run eight minutes per mile, your quarter-mile race pace would need to be two minutes. The workout pace per lap should in this case be 1 minute, 52 seconds. Walk for half a lap between the 400s.

Prepare for the faster running with a thorough warm-up. Walk for two to five minutes at first to get the blood flowing. Then, run half a mile using more frequent walk breaks than you usually use.

For example, if you usually run three minutes and walk a minute, during the half mile (two laps around a track) you should run a minute/walk a minute. Next, jog very slowly for a lap. Finally, do four to eight acceleration-gliders (these are explained in 5K/10K).

Start each with a slow jog for 10 steps, then a faster jog for 10 steps. Over the next 15 steps, gradually speed up to what you feel is your 5K race pace and then gradually glide back to a jog over the next 30 to 40 steps. Gliding is similar to coasting off of momentum gained as you go down a hill and onto the flat.

If you practice this at least once a week, you will learn how to save the running muscles while you are running. Walk for 30 seconds between each glider, and walk for two to three minutes between the last one and the start of your first 400-meter repetition.

More: Your Guide to Warm-Ups

After your workout, don't stop. Jog slowly, using as many walk breaks as you need for the next 10 minutes, and then walk for three to five minutes. You're done!

Whenever you run faster than you've been running, there's an increased risk of injury. This can be reduced by choosing a realistic goal, warming up even more on days when this is needed, and never pushing through pain, loss of function or swelling in a running body part. Continuing to run fast when there is damage can increase the time needed for repair.

It is also important to have enough rest after each workout to allow the muscles, tendons and the rest of your body to rebuild stronger. Most of my runners have improved more quickly on an every-other-day running program than when running more frequently.

More: How to Motivate Yourself to Run