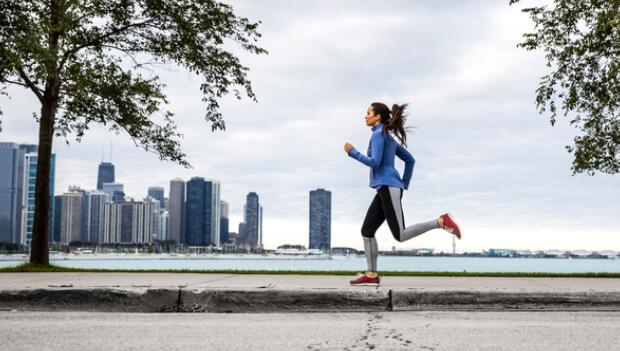 The seconds ticked away. It was nearly time for the 8 a.m. start of the Boston Athletic Association 10K. "Come on," I muttered, looking at my watch for the 10th time, like I had a plane to catch.

I had to get back to New York for the 5 p.m. start of the Firecracker 5K in Massapequa. I never run races back to back. For me, a race is a long process of planning, training, and tapering that culminates in a great deal of pain. I'm so relieved when it's over, I can't imagine racing again anytime soon. But when I mistakenly committed to two events on the same day, I realized it was either leap on the back-to-back bandwagon with a sound plan—or end up as roadkill.

For runners looking to up the agony ante, back-to-back racing—two or more events in a single day or weekend—has emerged as the latest challenge. Several races have popularized the once-inconceivable idea of doubling (or tripling) up, including most famously Goofy's Race and a Half Challenge.

In 2005, the organizers of the Walt Disney World Marathon and Half-Marathon decided to run the races over two days rather than one to accommodate the growing number of participants in each distance.

"Runners started telling us, 'I want to do both races,'" says Bob Hitchcock, who works with the RunDisney series. The first Goofy Challenge was held in 2006, with more than 2,700 runners completing both the half-marathon on Saturday and the full marathon on Sunday; in 2012, participation more than doubled to 6,500.

Other multi-race festivals followed in Goofy's wake, including the Bermuda Triangle Challenge—because if you're traveling to beautiful Bermuda in January, why not run as much as possible? Started in 2008, the weekend includes a mile run on Friday, followed by a 10K on Saturday and choice of a half or full marathon on Sunday.

This fall, the inaugural Runner's World Half-Marathon Festival in Bethlehem, Pennsylvania, will include a similar "hat-trick" option: Participants can run a 5K and 10K on Saturday and a half marathon on Sunday. And, of course, leading the back-to-back charge are members of the 50 States Marathon Club, who, in their quest to score 26.2s across the country, sometimes race on consecutive days in neighboring states—like the New Hampshire Marathon on September 29th followed by the Maine Marathon the very next day.

It may sound crazy, but double and triple-dipping is a bona fide—and growing—trend: According to Running USA, race festivals that offered more than one opportunity to toe a starting line made up 51.5 percent of all road events in 2011. Such growth is no surprise, as it's happening in tandem with the continued increase in running's popularity, says Ryan Lamppa, media director for Running USA. "These family-and community-centered festivals offer something for all runners," he says, "the serious, new, young, and old—and at some festivals, even the dog!"

Still, racing twice in a single day sounded like the perfect way to inflict a season-ending injury. If I was going to double up, I wanted to do it right.


As with any slightly insane endeavor, the first key to success is an honest reckoning of experience.

"Running races back to back isn't such a crazy thing to do as long as you're racing distances that are within your reach," says Bob Otto, Ph.D., an exercise physiologist and director of the Human Performance Lab at Adelphi University in Garden City, New York. "I wouldn't, for example, recommend doing your first marathon as part of a double."

More: How to Run Your First Marathon