5 Most Common Pitfalls for New Runners 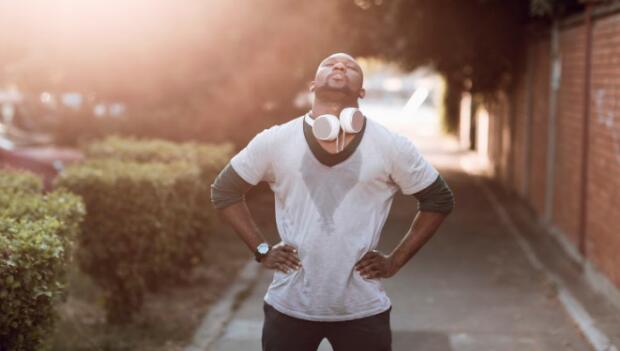 How many times have you started a running program and vowed to stick with it, only to quit a few weeks down the road? If that sounds familiar, you're not alone. More than half of all new runners quit within a year of starting. Lack of information about technique and pace, unfamiliarity with what to expect, and new demands on time and energy can sap a newbie's motivation.

But those who stay focused and stick with it not only reap the many mental and physical benefits of running, they tend to fall in love with the sport. Follow along to learn what mistakes to avoid and obtain a few motivational tips sure to keep you hooked on running for many miles to come.

Mistake #1: Run Too Fast or Too Far

Whether it's because you want to "just get it over with," or you think you're supposed to run as fast as you can for as long as you can in order to enjoy the health benefits of running, you've likely been starting out too fast. And the only way dread your next run even more, is to start out running too far. So what's a well-meaning beginner to do?

Try This: Slow Down

Start off by doing three or four walk/jog sessions per week that keep your effort level at a 5 or 6 on a scale of 1 to 10. This is the pace where it just starts to become difficult to talk in full sentences. This might mean that you'll only be walking briskly when you start out, and that's fine! That's your body's way of telling you it's not ready to run. A week or two of consistent, brisk walking should have you ready to insert some short, slow jogging intervals. Start with just 10 or 15 seconds of jogging for every minute of walking, and gradually increase the jog-to-walk ratio as your fitness improves.

Try This: Run for Time, Not Distance

Tempting as it may be, make a point to ignore how far you run for the first month or two. Instead, simply wear a watch or bring your phone and keep track of how many minutes you're running (or walking). By running for time rather than distance, you won't feel compelled to hurry and get the run over with, and you won't fall prey to the pace game. It's normal to wonder how fast you're running, but since that's likely to be quite slow in the beginning, it can be defeating. On the other hand, if all you track is the number of minutes you run each time out, and that number increases steadily from week to week, you can and should be very satisfied with your progress.