The 2015 New York City Marathon was one for the record books, literally. As more than 50,000 people took to the streets of New York City, the day ended with broken records and champions crowned.

Check out race highlights as told by social media moments from runners, spectators and media.

"Flip-Flopping Between Freakin' Out and Feeling Fabulous..." 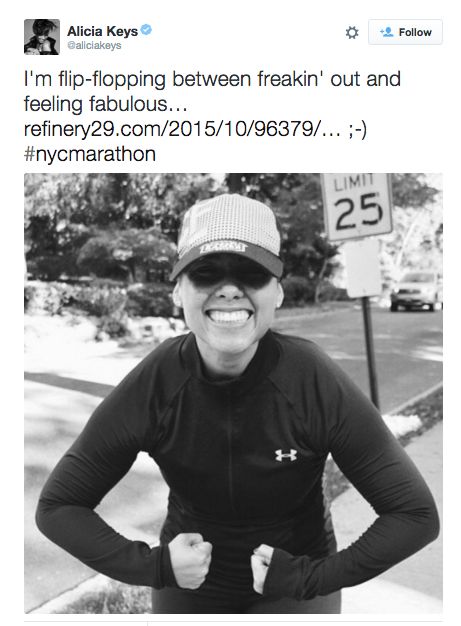 18-year-old American favorite Alana Hadley was forced to drop out at mile 15 due to an ankle injury. 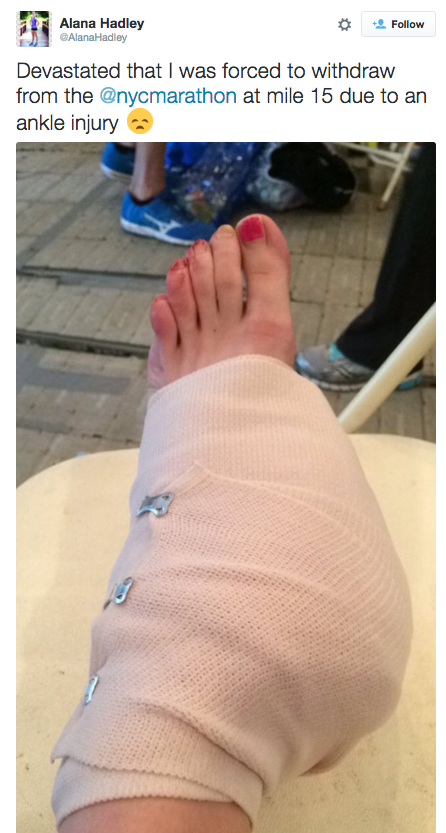 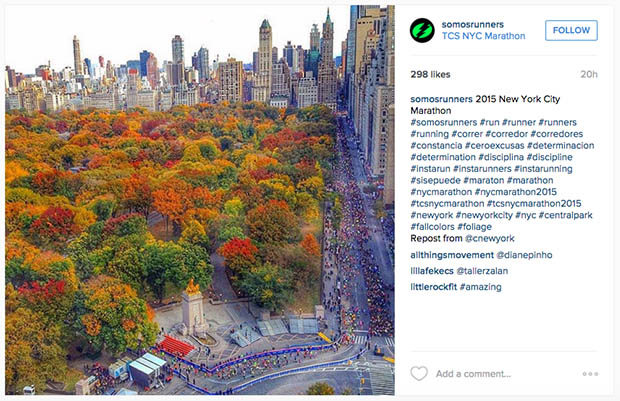 The 29-year-old crosses the finish line with a time of 2:10:34 and takes his first major marathon victory. 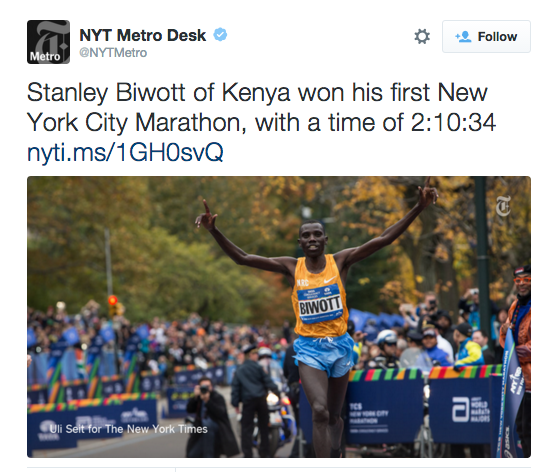 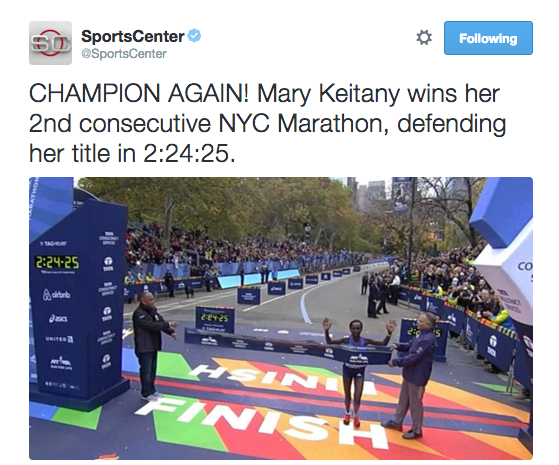 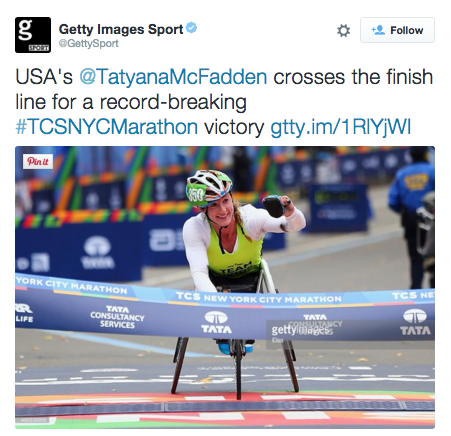 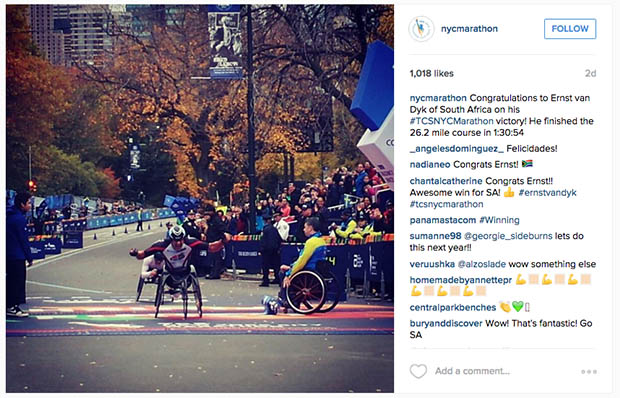 The Kenyans Continue to Dominate 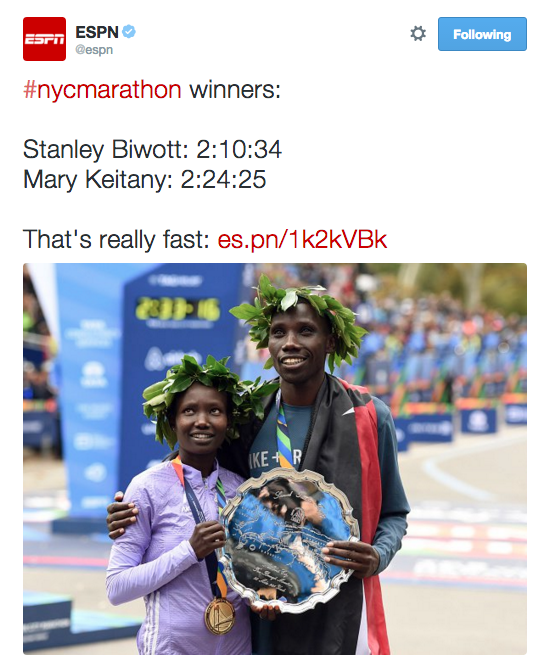 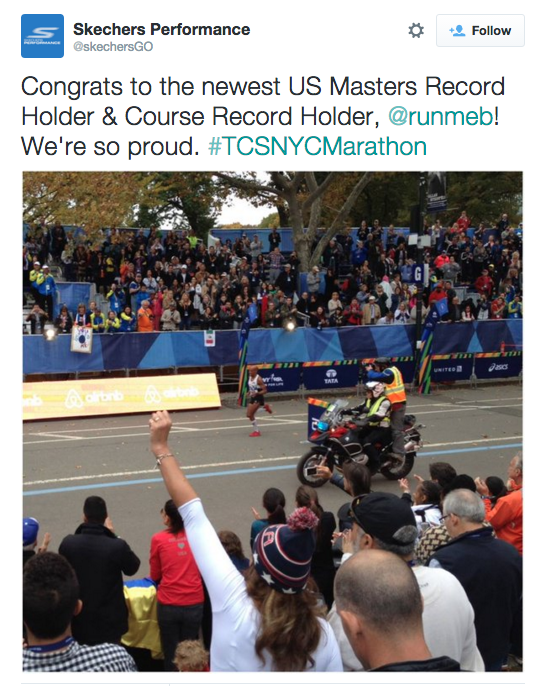 Running with 50,000 of Your Closest Friends

Because it doesn't matter when you finish, just that you did. 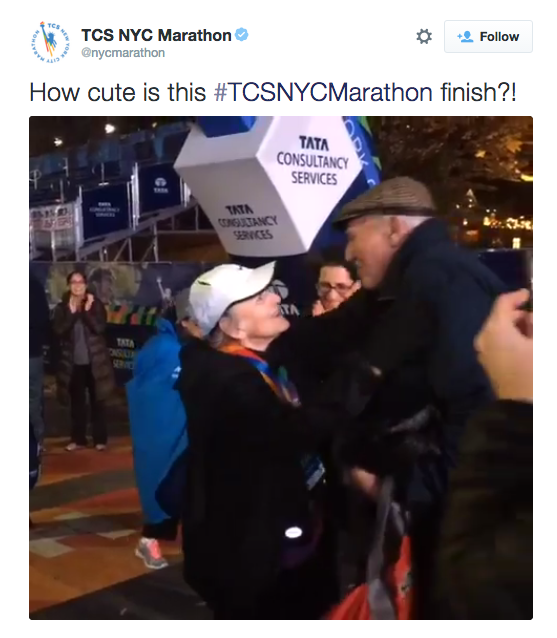