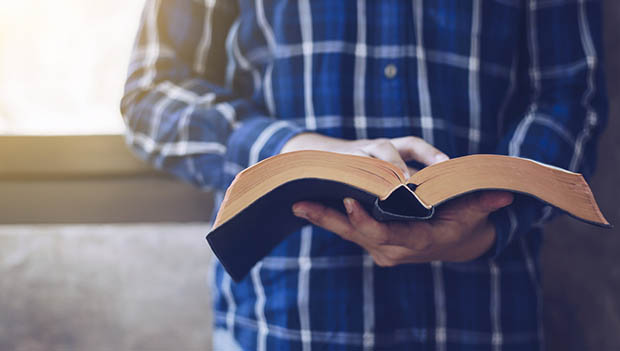 No matter how much we all wish we could run whenever we wanted, unfortunately it's one of those things that has its physical limitations. We won't get into the weeds about the right balance between training stimulus and recovery, but for those of us who have the running bug, our love for the sport doesn't stop once the shoes come off and the ice packs come out. It's something we think about and look forward to on a daily basis, regardless of the time or place.

So how can you foster your love of running without subjecting your body to more training stress?

We're fans of all things running, and our "Best Running Movies Ever" roundup is a great place to start. But if you've worked your way through this list, there are plenty of running-themed books out there to scratch your itch. While we can't guarantee these books will give you the runner's high we all crave, we can guarantee this: You'll have plenty of inspiration to draw upon when it's time to lace up your shoes and head out the door.

From books discussing the leading edge of running performance to personal memoirs, here are 10 running-themed books to fill the void left by recovery days.

Few personalities eclipse the scope of their sport, but Steve "Pre" Prefontaine was one such athlete. He was a maverick of a runner, combining his drive and desire with pure tenacity to become one of the most accomplished amateur American distance runners. This book chronicles his tragic life, highlighting how he influenced (and how his legacy still influences) running as a sport.

Eat and Run: My Unlikely Journey to Ultramarathon Greatness
By Scott Jurek

Scott Jurek (profiled in "Born to Run," listed below) is one of the most dominant ultra-runners of all time. He's a former American 24-hour record holder, but he ascended to the top of the sport in a less-than-conventional way. He's a vegan, and "Eat and Run" outlines how anyone from a rookie runner to an elite athlete can optimize their performance through a plant-based diet.

Born to Run: A Hidden Tribe, Superathletes, and the Greatest Race the World Has Never Seen
By Christopher McDougall

If you thought your last training run was impressive, you might reconsider after reading this book. "Born to Run" takes a closer look at the Tarahumara Indians—a group of people who have some of the most impressive physical boundaries known to man. They can run hundreds of miles without injuries or rest, but how do they stack up against some of America's top ultra-runners?

Meb For Mortals: How to Run, Think, and Eat like a Champion Marathoner
By Meb Keflezighi

One of the most charismatic and approachable figures in marathon running, Meb Keflezighi (famously shortened to MEB on his race bibs) became a household name when he won the Boston Marathon just two weeks before turning 39 years old. Not only that, he was the first American to win the race in 31 years. In "Meb For Mortals," Meb discusses how he prepares for a race—from the mental side of things to nutrition and beyond.

Gone are the days when runners lace up and go hard day after day. In "80/20 Running," Matt Fitzgerald, one of the most prolific authors in endurance sports, outlines how running 80 percent of your workouts at a lower intensity and 20 percent at a higher intensity can not only increase your fitness levels, but keep you healthy and injury free over the long haul. This book provides training programs for all distances, from a 5K through a marathon.

Running with the Buffaloes: A Season Inside with Mark Wetmore, Adam Goucher, and the University of Colorado Men's Cross-Country Team
By Chris Leer

The University of Colorado's 1998 cross country team had it all—a stable of top-tier athletes, a renowned (yet controversial) coach and plenty of raw talent and ambition to spare. But after a series of unfortunate events including injury, sabotage and the death of a teammate, the team was on the brink of collapse. Did they rally and step up to the plate, or did they beat the odds? You'll have to read this page-turner to find out.

Running Like a Girl: Notes on Learning to Run
By Alexandra Heminsley

While many of the books on this list were written about or by long-time professional athletes, sometimes a more relatable story is just what the doctor ordered. In "Running Like a Girl," Alexandra Heminsley's heartwarming (and hilarious) account of how she failed miserably during her first few runs, and how through sheer tenacity and trial and error she crossed the finish line of her first marathon, might just be more familiar than many of us care to admit.

The Ultra Mindset: An Endurance Champion's 8 Core Principles for Success in Business, Sports, and Life
By Travis Macy

Not surprisingly, many of the character traits commonly found in avid runners are often found in successful professionals in completely unrelated fields; specifically, the grit, determination, organization and strength required to run an ultra-marathon directly correlates with success in business, sports and life. Travis Macy, renowned ultra-marathoner, discusses his eight core principles for success, with real-world case studies and research to back it up.

It's common sense that how you fuel your body directly impacts how you perform on your run, but actually preparing nutritionally optimized meals is anything but intuitive. Luckily, four-time Olympian Shalane Flanagan and chef Elyse Kopecky have compiled over 100 personal recipes that provide all the nutrients runners need to succeed and stay healthy, without sacrificing taste or requiring tons of prep time. Our personal favorite? Superhero Muffins.

North: Finding My Way While Running the Appalachian Trail
By Scott Jurek

There's a reason why we included another book by Scott Jurek on this list—we can't get enough of his conversational style and how he communicates his love of running page after page. His latest novel, "North," chronicles his attempt to break one of ultra-running's most coveted titles: the speed record on the Appalachian Trail. Jurek ran 50 miles a day for almost seven weeks, pushing the limits of what's possible both physically and mentally, and his story outlines all the successes and failures he experienced along the way.

READ THIS NEXT: Best Running Movies Ever