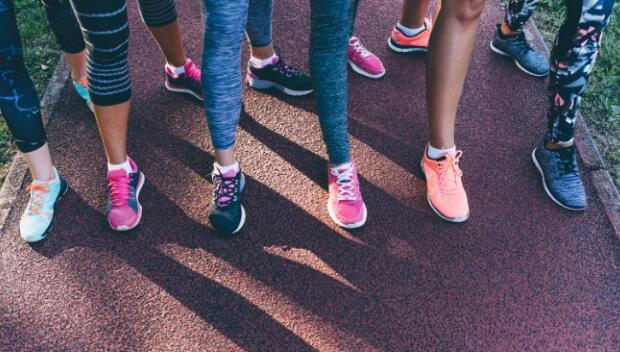 Your first marathon is more than a race—it's a story. And chances are good that after you cross that first finish line, your tale will include how quickly the first 10 miles went by, and how at mile 25 you felt a mix of relief (Thank God it's almost over) and disbelief (Wow, I'm going to make it). To ensure that you have a good story to tell, you want to pick a race with certain features: excellent organization, a likely chance of good weather, fan-friendly atmosphere, plenty of fluid stations, and a safe, well-marked, well-staffed course. We've selected 10 marathons—out of the nearly 400 held in the United States each year—that cover these essential needs of a first-time marathoner. Whether you want a race that's large or small, urban or rural, tranquil or festive, these races will lay a special setting for the epic tale of your first 26.2-miler.

Are you bringing family? Are you a kid at heart?

Entertainment is Disney's business, so who better to take your mind off the miles—and keep your travel companions occupied—than Cinderella, Goofy, and the rest of Walt's gang? The race begins with fireworks and loops through Epcot, Magic Kingdom, Animal Kingdom, and Hollywood Studios, where distractions are nonstop: bands, DJs, parade floats, cheerleaders, people on stilts and on trampolines, plus Disney characters and entertainers. The highlight, though, is running through Cinderella's Castle in the Magic Kingdom and exiting into a mass of spectators. Among them could be your family, who, with the help of Disney's spectator guide, can see you multiple times. The event also offers a 5K and a half-marathon, and a free training plan by Olympian Jeff Galloway.

Heads up: The happiest place on earth isn't cheap—starting with the $135 marathon entry. You can minimize expenses by staying at non-Disney hotels and asking about multiday, multipark passes.

Veteran tip: The Disney course is flat and can be fast, but run it for fun so you can stop and click pictures with the disposable camera the race provides.

Do you think a marathon should also be a party?

First marathons are about having fun—you can fret about time later. The Rock 'n' Roll Marathon series practically invented the 26.2-mile party. Today, there are nine RNR marathons, but we say go to Arizona. Here's why: The half and full marathons have separate starts and different courses, reducing congestion. In addition to the 27 live-music stages that line the route, cheerleading squads add another layer of support for the nearly 8,000 marathoners (and 20,000 half-marathoners). The flat course hits Valley of the Sun hot spots, including the Camelback Corridor, where you run in the shadow of 2,700-foot Camelback Mountain, and the historic art district of Old Town Scottsdale. Arizona also gets high marks for organization, from the ease and quality of the expo to the efficiency of buses to the start. Celebrate afterward at the free concert.

Heads up: The landscape is pretty, but some runners find the urban-suburban course tedious.

Veteran tip: Temperatures can be chilly (about 40 degrees) at the start, but you should plan for it to be warm and sunny by the finish. Wear a hat and sunscreen.