Stargazing: Where and How to View the Night Sky 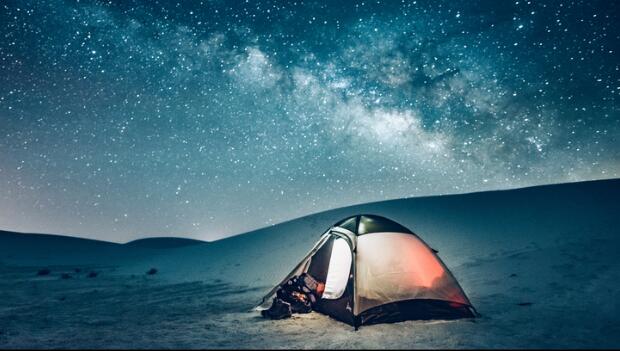 On a clear night, you can see 2.5 million light-years away with just your eyes--no binoculars or telescopes, according to Sky and Telescope's Guide to Exploring the Universe. That's far enough to see the Andromeda Galaxy, The Milky Way, and much more.

"With the naked eye you can see bright stars, constellations, and you can identify planets," says Kin Searcy, the outreach coordinator for San Diego Astronomy Association.

When camping, stargazing is a great family activity. And, because most campgrounds are found far outside of the city, you almost always have a dark sky to look at. If you don't know what to look for, however, you aren't making the most of the majestic night skies. Here's a quick astronomy lesson to help make your next night under the stars a little more interesting.

In general, there are 88 constellations in the Northern and Southern hemispheres collectively. When stargazing, consider your hemisphere and then look for some of the larger, more popular constellations below.

In the U.S., you can see The North Star, or Polaris, which lies in almost the exact location of the north celestial pole. There's no southern counterpart to this star, making it unique to the north.
Some of the most popular northern constellations include:

Southern skies are more popular for their stargazing opportunities because the South Pole faces the center of the Milky Way. The brightest of these constellations is the Southern Cross, which can be seen year round. Some other popular constellations are: