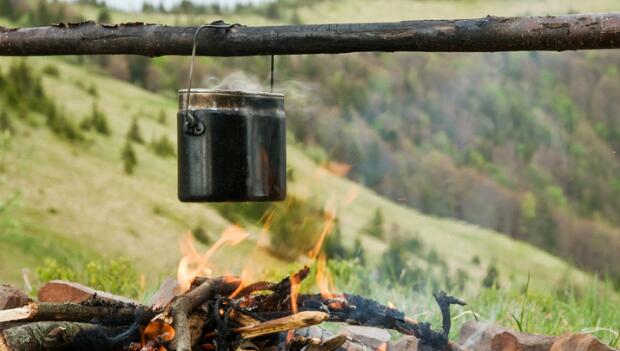 Let's talk heavy metal. Despite its weight and longer heating time, cast iron is popular with many campers because it's inexpensive, almost indestructible and non-stick when properly seasoned. Become an iron chef with some basic cast iron knowledge and two delicious recipes.

Before you put your dinner in a cast iron pan, get to know the basics of cast iron cooking.

How you treat your cast iron is critical to the life of the cookware. Follow basic cleaning and storage instructions closely.

Spicy cola adds just the right "bite" to this one-pot meal. For vegetarians or vegans, meatless soy crumbles can be used instead of cooked, crumbled beef and sausage.

You can also cook, drain and crumble a pound of ground beef and a pound of lean sausage yourself.