When you think of Maui, cascading waterfalls, white sand beaches, and breathtaking sunsets come straight to mind. This magical Hawaiian island is also the birthplace of the most notorious off-road triathlon on earth… XTERRA!

From a one-off race held on the most remote island chain in the world, XTERRA evolved into an endurance sports lifestyle with worldwide appeal. Over the past 25 years XTERRA transcended its status as 'just a race' to become a bona fide way of life for thousands of intrepid triathletes and trail runners across the globe.

The XTERRA Tribe - over 800 athletes from 44 countries - will gather at Kapalua Resort, and on Sunday, December 5, 2021 they’ll put their mental and physical toughness up against Mother Nature at the 25th edition of the XTERRA World Championship.

Combining a 1.5-kilometer (1-mile) swim that starts at D.T. Fleming Beach in front of the Ritz-Carlton, Kapalua, a 32-kilometer (20-miles) mountain bike that climbs up and down the lower slopes of the West Maui Mountains, and a 10.5-kilometer (6.5-miles) trail run that traverses forest trails, and beach sand.

WHO: A sold-out field of 800+ amateur and professional racers from 46 countries.

WHERE: At The Ritz-Carlton, Kapalua on Maui’s northwest coast.

WHY: The XTERRA World Championship race is the last in a series of more than 100 off-road triathlon races held in 27 countries and 22 U.S. States. The concept is to provide a bona-fide world championship for amateur and elite off-road triathletes. For pros there is $100,000 in prize money at stake.

This will be the 25th year for the XTERRA World Championship on Maui, the birthplace of off-road triathlon. The first XTERRA race was held here on November 3, 1996 and was televised on Fox Sports Net. The demand for the sport of XTERRA exploded thereafter and there are now more than 50,000 competitors from all 50 states and more than 50 countries worldwide.

It is a “winner take all” race, with one of the richest pro purses in multisport at $105,000, and it is awarded solely on the basis of the Maui performance. Since this race is a stand-alone event, it offers a unique opportunity to competitors as even those who have had a less than stellar season are given an opportunity to redeem themselves and earn the coveted title of XTERRA World Champion.

This will be the 25th straight year a nationally (now internationally) broadcast show will be produced from the event, which showcases Maui’s natural beauty. The 2021 XTERRA World Championship will be seen by three million viewers on Outside TV in the USA and internationally via syndication. This year’s show will start its run in national syndication in January 2022.

The XTERRA Spectator Village will be open in the finish area and offers fun for the whole family including a bounce house and face painting for the kids, games for everyone, live race reports, music, food and beverage and great viewing of the finish line. 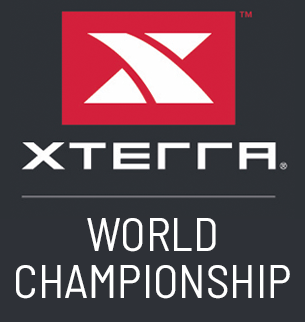