How to Create a Travel Kitchen 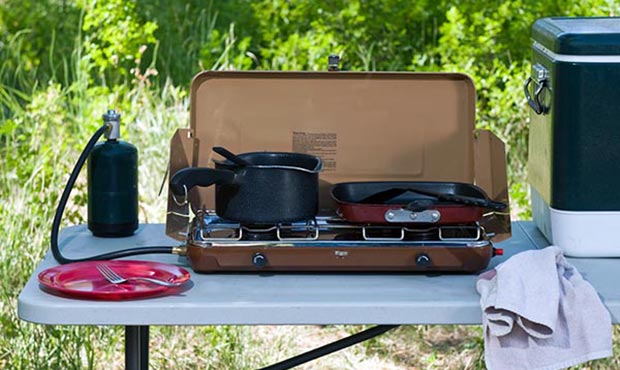 It has always amazed me that people will spend thousands dollars on equipment before a race, only to shovel garbage down their throats right before they approach the starting line.

The food philosophy of both Skratch Labs’ and the Feed Zone Cookbook is founded on the premise that conventional wisdom isn't very wise and that simple solutions are often better than their pseudo-scientific counterparts.

That's why I created a travel kitchen. It's the result of a paradigm shift in the way athletes care for their nutritional needs.

Why a Travel Kitchen

In the same way that there is no advanced technology behind an ice-sock, or a piece of panty-hose full of ice that is stuffed down the back of a jersey, there is also a simplicity about a travel kitchen.

Since ingredients in a rice cake are far fewer than almost any energy bar, the marginal gains to be had by bringing a rice cooker (and few other bits) to a race are easy to see.

A travel kitchen is cheap and simple insurance policy that means you will have familiar food at competitions.

Advantages of a Travel Kitchen

The idea of a travel kitchen is also contagious.

With a few upgrades to the equipment, I was able to start cooking for my team at races. It became a way for me to relax. I could both control what we were eating, and it took my mind off the race by giving me a task to complete.

What I didn't really expect was for my personal paradigm shift to start affecting the other riders on the team. I thought I was the picky, weird guy on the team who would always shut down restaurant options, but I started to notice the others catching on.

When I showed up to Tour of the Battenkill, I found that one teammate had brought his own rice cooker in case I hadn't brought mine. As we coordinated a drive to Tour of the Gila, the only question he asked me was whether he needed to bring his cooker or if mine was enough.

The early riser on the team learned how I make oatmeal in the cooker so that he could start a massive batch for the team each day. At the Tour de Beauce, I expected raised eyebrows when I said I brought a rice cooker, but after I gave a few guys honey and almond butter rice cakes, they all thought it was great.