The Greatest Workout Known To Man 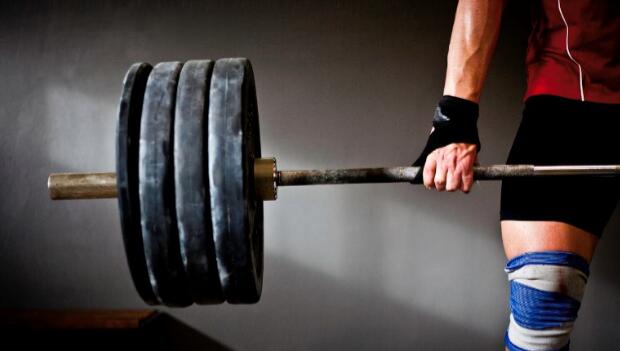 My introduction to the best-kept secret in fitness begins with a video that both inspires and intimidates me. I'm watching Pyrros Dimas, a three-time Olympic gold medalist from Greece, prepare for an Olympic weightlifting competition. Pound for ripped pound, he's one of the strongest men on the planet.

Dimas is hoisting a bar so loaded with plates it looks like a truck axle with the tires attached. Again and again, he tosses the weight from the floor over his head in one quick, graceful motion, almost casually. And that's just his warmup. In competition, Dimas once lifted 474 pounds over his head—considerably more than twice his body weight of 187.

"That move's called a snatch," says my trainer, Shane Miller, as he rewinds the video. Miller is the head trainer at Carl and Sandra's Physical Conditioning Center, a gym in Santa Fe, New Mexico, where I've come for a 2-hour beginner lesson in Olympic-style weightlifting. It's not that I have any Olympian aspirations; I'm here because the Olympic lifts, as they're called, have no equal for developing speed, flexibility, and coordinated, total-body strength and muscle.

Interestingly, there are only two official Olympic lifts: the aforementioned snatch and the clean and jerk. For a visual, think of the snatch as a deadlift, barbell shrug, jump squat, and overhead squat performed consecutively in one fluid motion. The clean and jerk? A combination deadlift, upright row, front squat, and push press.

To underscore the effectiveness of these movements, consider that in the most basic measure of raw athletic ability—the vertical jump—Olympic weightlifters excel above all others. "When I worked at the Olympic Training Center in Colorado Springs, we measured vertical jumps of athletes in nearly every sport," says Michael Stone, Ph.D., a professor of exercise science at Eastern Tennessee State University. " And Olympic weightlifters had higher average jumps than all other groups—basketball players, gymnasts, sprinters, everybody."

Even the bulkiest Olympic heavyweights make astonishing leaps. Shane Hamman, the top American lifter in the history of the sport, weighs in at 350 pounds but boasts a vertical jump of 36 inches. Most NBA players top out at 34 inches. Not only can Hamman dunk (he's 5'9"), he can also drive a golf ball 350 yards.

Then there's the pure vanity aspect. The Olympic lifters who aren't heavyweights are among the leanest—they're certainly the strongest—athletes in the world. One study of elite athletes found that Olympic weightlifters burn almost as many calories per day as marathoners do, and another reported that, on average, the lifters have as little as 5 percent body fat. Granted, these men are moving more than 175,000 pounds in a typical training week, but they also eat 6,000 to 8,000 calories a day.

So what is it about the Olympic lifts that works such magic on the human body? Most simply, they engage nearly all of your muscles to move weights farther and faster than conventional exercises. In fact, each repetition takes only a second or two from start to finish, which allows you to target your fast-twitch muscle fibers. These are the muscles with the greatest potential for size and strength, and the ones that are typically ignored in most men's weight workouts.

At this point, you might be wondering why, if these Olympic lifts are so great, you seldom see them practiced in gyms. The main reason is that they're technically difficult to perform, says Miller. Unlike a biceps curl, which requires little or no instruction to perform safely, these maneuvers call for a qualified instructor to teach you the nuances of each movement. Otherwise, you'll put yourself at risk of injury or, at the very least, perform them incorrectly. Which is, of course, why I've come to Miller's gym in the first place.

But while anyone can find an instructor at the USA Weightlifting Web site (usa weightlifting.org), it turns out there's also a shortcut to experiencing the Olympic advantage. You see, the unique aspects of the Olympic lifts consist of two distinct parts: the "pull" phase and the "catch" phase. During the pull, you explode upward, yanking the barbell off the floor and in front of your thighs, as if you were trying to jump out of the gym. In the catch, you quickly move your body under the bar and catch the weight on your shoulders or above your head.

"In my experience, 95 percent of the benefits of Olympic lifts come from the pull phase, which is the simplest part of the movement," says Alwyn Cosgrove, C.S.C.S., a certified USA Weightlifting coach in Santa Clarita, California. "And almost all of the technical difficulties occur during the catch phase." That's why Cosgrove has eliminated the catch portion of the movement from nearly all of his programs, and why you can forget about it, too. "Most men need to worry about the catch only if they're interested in competing in the sport," he says.

To enable lifters at any level to benefit from these exercises, Cosgrove has broken down the Olympic lifts into their four most effective movements. Incorporate them into your routine and you'll build muscle and strength, burn fat, and boost sports performance faster than ever before. In fact, consider whatever you've been doing up till now preparation for your real workout.