Is Running in the Cold Bad for Your Lungs? 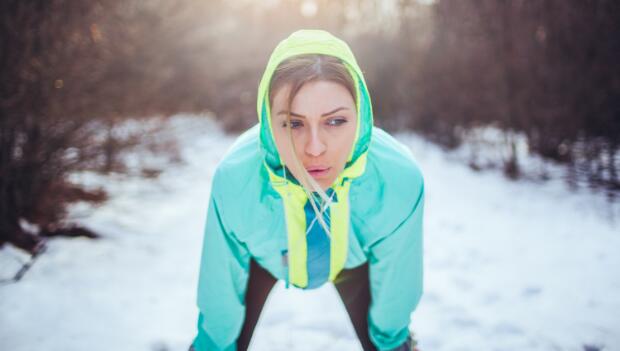 Have you ever heard your mom or coach warn you not to run in the cold? "You'll freeze your lungs if you run in that frigid air," they say. You've maybe even thought it yourself: At what temperature will the cold air damage your lungs? Research shows that runners are not in danger of freezing their lungs, even in the coldest places on Earth such as the North and South Poles. Thanks to our body's brilliant design and adaptability, air reaches body temperature by the time it greets our lungs.

That said, frigid temperatures can still cause irritation in the airways. "Cold, dry air and increases in minute ventilation are both stimuli for bronchoconstriction, which manifests with shortness of breath, chest tightness and a cough," says triathlete and doctor Cathy Koger. In act, those who are less aerobically fit, suffer from exercise-induced asthma, or are currently suffering from a respiratory illness are more susceptible to problems. The elite Nordic ski population is one group that has reported some lung damage, yet they're generally exerting more effort than runners who are out there just putting in the miles.

To prevent the runner's cough induced by cold, dry air, be sure to wear a scarf or balaclava to aid in warming and humidifying the air. The material will allow you to recycle your natural water vapor that gets trapped in the scarf when you exhale. The bank robber look may not be the fashion statement you were going for, but at least you won't be hacking up a lung. And be assured, if you do hack up a lung, it won't be frozen. If you're in doubt or feeling under the weather, don't run. One day of rest won't cost you a Boston qualifying time but a couple of weeks off with pneumonia might.