6 Treadmill Studios You Should Try 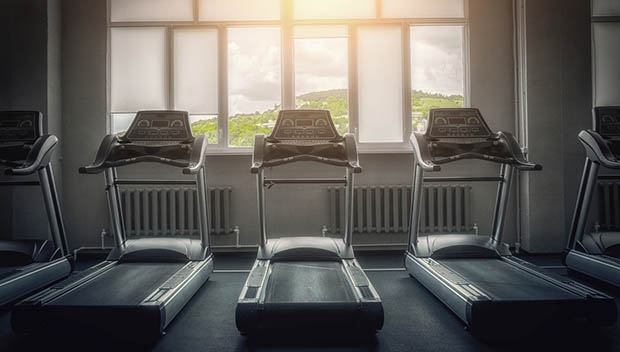 If the idea of doing a long workout on a treadmill immediately makes you think "dreadmill" or "torture," we're here to tell you we've been there. Whether it's raining buckets or hot as hell, we'd almost always still prefer to hit the streets since we're just as likely to sweat like crazy or be downright bored in our stuffy local gym, too.

This new concept is popping up all across the U.S., providing runners refuge from the elements, complete with state-of-the-art Woodway treadmills, air conditioning and up-tempo music. The following six are continuing to pick up steam.

Mile High Run Club was the official first-born of U.S. treadmill studios when it opened in 2014. In addition to its speed and distance classes, the studio also provides foam rollers and kettlebell weights for strength workouts, and its Nomad location near Madison Square Park in New York City even has a "recovery room" with Air Relax compression sleeves.

RacePace was the first studio of its kind to open in the Houston area. We tried a couple of speed classes at this studio when it first opened in 2017, and between the pump-up jams and black lights, it was basically Soul Cycle on Woodway treadmills (i.e. really fun). It may not become a regular part of your routines—honestly, who can beat crossing the street and running in the park for free?—but you may often find yourself dreaming about running with the AC blasting during the sweltering summer months. In addition to classes, owners Jeff and Shiva Douse also host a free weekly outdoor social run that ends with beers at local Holler Brewing Co. They also offer personalized coaching and training plans for runners with goal races in mind. Even if you aren't in the Houston area, there's a good chance of having a similar boutique treadmill studio near you, too.

Like its counterparts in other cities, STRIDE also offers running classes on Woodway treadmills in Pasadena, California. Its high-intensity interval classes incorporate electrifying music and resistance strength training so you end up leaving feeling like you got a solid workout and left it all out there on the floor.

Equinox has so far opened standalone Precision Run studios in Boston and Santa Monica, California, but as it continues to expand around the country, members can enjoy the class offerings in the treadmill area of its existing locations. The classes focus on creator David Siik's signature BITE running method, which has produced over 90 individual running workouts.

At-home Peloton treadmills and bikes are all the rage right now, so participating in a live broadcast class at its home base in New York is just the ticket for die-hards. These classes combine an intense blend of cardio and strength training, and with the in-person version, you'll get an exclusive session with its elite instructors. Can't make it to NYC or come up with the dough for a Peloton treadmill? Subscribe to the Peloton app on your favorite device and have the studio treadmill experience from the comfort of your local gym.

SculptHouse sets itself apart from the rest of these studios because it's the first of its kind to combine the Megaformer Pilates reformer and the treadmill for a killer, muscle-building combination of strength and cardio in one class. The studio currently has locations in Dallas, Nashville, Atlanta and Sandy Springs, Georgia, but keep an eye out for the brand to be adding more locations around the country.

READ THIS NEXT: Are You Making These Treadmill Mistakes?