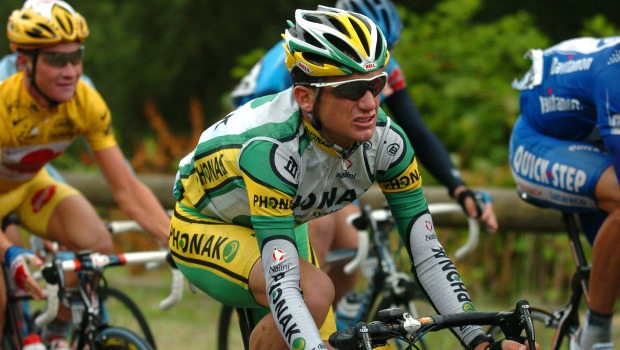 Fans, family members and friends have always asked me, "What was was like to race the Tour de France?" and "What does it take mentally to get through it?"

These questions are always tough to answer because getting through the Tour relies on a number of factors.

You have to be lucky.

First, you have to recognize how lucky you are to be there. You've had so many crossroads in your life that could have put you in several different circumstances, and here you are at the start line of the Tour de France. It feels surreal.

Then, there is the luck that will get you through the everyday perils of the journey. Every rider has several close calls as they make their way through each stage. Race-ending crashes can be narrowly missed--sometimes just by millimeters.

Whether it's avoiding a massive rider pileup or random spectators that aren't paying attention, these near misses happen so often that it becomes normal. Unfortunately, you don't always miss them, and they become game changers, often resulting in a rider abandoning or being seriously limited physically due to their injuries.

Stay in the moment.

The Tour de France is the most high-profile event in cycling, and there is a lot that can distract you. Maintaining your focus before the race, and during each and every stage, is crucial.

When you lose your concentration, it can kick you in the pants. Drop your guard for a split second, and the next thing you know you're surfing down the asphalt on your side. Not fun.

To ride in the Tour requires a fierce determination to survive and a "never say die" attitude. The Tour is not just physically demanding--the mental side of the sport is just as crucial. You need the will to mentally battle through one of the most exhausting things you'll ever face.

The first week of the Tour de France is absolutely crazy, and racing through the flatter stages is much harder than it looks. After completing the first week, riders have already been through it all--big crashes (or just narrowly missing them), wind, rain, insane speeds and many narrow, rough and twisting roads.

Combine these elements with the fact that every sport director is shouting "GET TO THE FRONT!" in the radios, and you end up with a peloton full of exhausted and frazzled riders. Some riders used to joke around that they were excited to hit the big mountains so they could finally rest.

You have to be tough.

The second and third weeks of the Tour are just as brutal. The Pyrenees and Alps are massive monsters, and the majority of the stages have profiles that resemble shark teeth.

These unforgiving routes, in addition to the mid-July heat, push each and every rider to their absolute mental and physical limits. Getting through these stages takes every ounce of focus and will that you have.

All of a sudden, the race is over and the weeks following the tour are difficult in a different way. The fatigue is so deep you feel like you could sleep for weeks. I always remember being in a fog-like state for the first week or two.

A couple long naps throughout the day were pretty common, as were swollen and sore legs. Some riders would even experience depression. Your life has been going at 100 mph for over three weeks and then it comes to an abrupt halt. It takes time to unwind, slow down and get back to your normal routine.

Tyler Hamilton is an eight-time Tour de France competitor and was once one of the world's top-ranked cyclists. In 2012, Tyler released his memoir, The Secret Race: Inside the Hidden World of the Tour de France: Doping, Cover-ups, and Winning at All Costs, a New York Times bestseller and recipient of the prestigious William Hill Sports Book of the Year Award. Tyler raced professionally from 1995 to 2008 and now runs his own training business, Tyler Hamilton Training LLC, for cyclists of all levels.