Cycling Cadence in Training and Racing 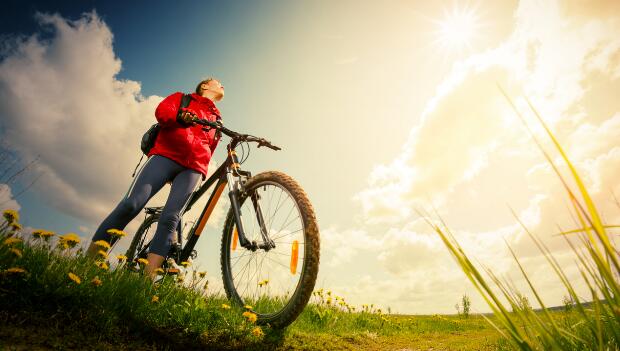 There is a great deal of confusion out there, especially among new triathletes, about the role cycling cadence plays in training and racing. What's the difference between high and low cadence? What cadence should I train at and why? What cadence is best for racing, to set up the run? Here is a simple and comprehensive explanation for triathletes of the physics, physiology, training and racing implications of cadence selection.

The work required to move a bike down the road is measured in watts. To define it very simply, Watts = Force x Cadence, or how hard you press on the pedals multiplied by the number of times per minute you apply this force.

However, Bob is mashing at 70 rpm while Bill spins at 110 rpm. Bob's pedaling style dictates that he presses hard on the pedals with each stroke. But he does so less frequently than Bill, who is pushing lightly on the pedals but much more frequently.

Low-cadence cycling requires us to push harder on the pedals, but what does this mean at the level of our leg muscles? To generate that higher force contraction, your leg muscles must recruit more fast-twitch muscle fibers v. slow-twitch fibers.

CyclingPeaksSoftware.com developed this analogy. I think it's a good one, but I like to elaborate a bit. Imagine your legs are a book of slow- and fast-burning matches. The purpose of training is to increase the size, number and flavor (ratio of slow and fast) of your matches, depending on the demands of the race.

Sports requiring short bursts of speed favor athletes with lots of fast matches. Endurance events favor slow matches. You can use either match to do the work of racing but the total number of matches in the book is finite. And once you burn a match, it's gone, you can't get it back.

Back to our discussion of cadence. You are riding on a flat road, approaching a hill that will take you about a minute to climb. You will likely do one of four things:

Option #1: Low cadence = high force = high fast twitch recruitment = burning matches that you may need towards the end of the run. Forget "feels" powerful. Power is watts to the wheel, period. If you can climb a hill at the same speed (equal watts) at 60 rpm or 90 rpm, choose 90 rpm. Conserve your fast-twitch fibers so you can recruit them later in the run.

Option #2: See Option #1 and always bring enough gears to the race. In my experience, the only people who attach sexual competency issues to the gearing on their bike are folks who don't climb. I have (no lie) six cassettes hanging in my garage that I swap on and off my bikes according to the terrain of the ride. I have everything from a 27-12 to a 19-11. You can flatten any hill if you have enough gears on your bike.