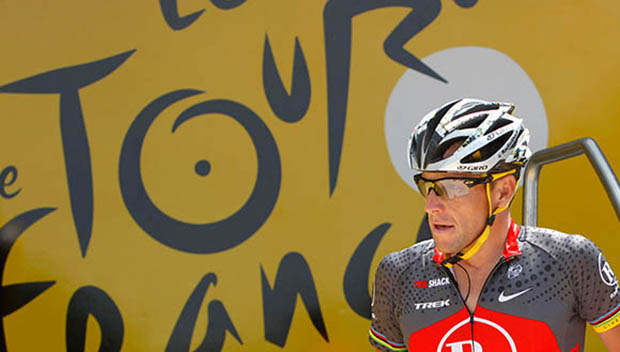 There's a bit of mystique surrounding the Tour de France.

What started as a marketing ploy for a local newspaper in 1903, the Tour de France has exploded into a worldwide phenomenon with a viewership now exceeding 3.5 billion people.

At ACTIVE, we can't get enough of the Tour; it's our favorite time of the year. There's nothing like sitting back, cheering on your favorite teams and watching some of the fittest athletes in the world do what they do best.

If you've ever watched a stage, you know how impressive it really is, and if you haven't, make sure you tune into this year's edition. There's always drama and mid-race fireworks as the peloton makes its way to the Champs-Élysées.

Because the Tour (and bike racing in general) isn't a mainstream sport in the United States, we get asked lots of questions as cycling's biggest race rolls around every year. And we've addressed some of our most-asked questions that will help give you some context in time for the Grand Départ.

Q: How many American cyclists have won the Tour de France?
A: This answer is a bit sticky. If you look at the record books, only one American has won the Tour—Greg LeMond in 1986, 1989 and 1990. Lance Armstrong also won the Tour (seven times from 1999 through 2005) but was stripped of those titles after admitting to doping in each. American Floyd Landis won in 2006, but like Armstrong, was stripped of his title.

Q: Can women compete in the Tour de France?
A: A woman has never competed in the Tour de France, but there is currently a one-day race for women hosted by the same organizing body as the Tour. It's called La Course, and it's awesome—we highly recommend you check it out.

Q: What are the rules for Tour de France bikes?
A: The UCI (cycling's governing body) has placed strict limits on bikes ridden in the Tour de France. There are lots of rules, but here are a few of the important ones: A bike can't weigh any less than 14.99 pounds (so yes, amateur cyclists can buy bikes lighter than those ridden in the Tour), wheels must have a minimum of 12 spokes and the frame must be built around a main triangle (no beam bikes). Bikes are sporadically checked by race officials prior to stage starts.

Q: How often are Tour de France riders drug tested?
A: It varies, and riders contending for the podium are tested more than others. All riders undergo a blood test prior to the start of the Tour, and a random six athletes can be tested (either urine or blood) at the finish line and at the hotels after the stages. The stage winner and race leader is tested every day.

Q: How do Tour de France cyclists pee?
A: This is gross, but remember, you asked. Tour de France cyclists usually pee a couple of times during the race, and this usually happens in the first hour of the race when the peloton pulls over for a quick stop. Riders have also been known to pee while riding if the pace is too quick to afford a stop. If you're wondering about No. 2, that's a different story. Some cyclists have been caught pulling over and using a spectator's motorhome or even pulling off the side of the road and taking care of business in an open field.

Q: Has anyone died during the Tour de France?
A: Cycling has always been a dangerous sport, and with these risks come unfortunate accidents. A total of four cyclists have died during the Tour: Adolphe Heliere (1910), Francisco Cepeda (1934), Tom Simpson (1967) and Fabio Casartelli (1995).

Q: How much does the Tour de France winner make?
A: Besides their salary (which ranges from around $40k to $2 million a year), the winner of the Tour earns about 500,000 Euros. The runner-up earns 200,000 Euros and the final podium finisher earns 100,000 Euros. This prize money is technically the individual's money, but it's usually split between the team riders and staff.

Q: How many riders are in the Tour de France?
A: This varies year to year, but the 2018 Tour de France featured 22 teams and a total of 176 riders. Over 30 riders abandoned during the course of the race, either due to mechanical issues, crashes, illness or missing the time cut.

Q: How long is the Tour de France?
A: The distance the Tour covers varies from year to year. The longest Tour de France was in 1926 and consisted of 17 stages for a total of 5,745 kilometers. The 2019 edition celebrates 100 years of the maillot jaune (yellow jersey) and consists of 21 stages and 3,460 kilometers.

READ THIS NEXT: The Jerseys of the Tour de France