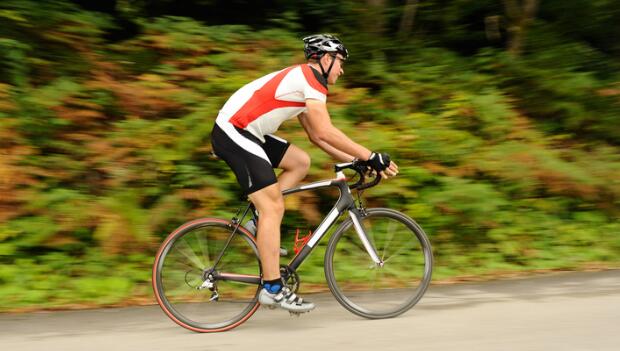 He hates rest days. After leading the Vuelta for 13 days, when Alberto Contador (Spain) of Team Saxo Bank Tinkoff Bank attacked on the big ring climb on Stage 17, Rodriguez couldn't follow. He lost the red jersey and finished third on the podium in Madrid.

More: Why You're Still Sore After Yesterday's Ride

During the Tour de France, Bradley Wiggins and Team Sky emphasized good recovery, including warming down on rollers after each stage. Don't just hammer to the garage after a training ride. Spin easily for the last 10 to 15 minutes.

You burn a combination of glycogen from carbohydrate and fat for fuel when you ride, and the harder you ride the more of your energy comes from glycogen. You only have enough glycogen for several hours of hard riding. You may deplete your glycogen stores on a fast ride.

Pro racers have burned all their fuel and start eating carbs in the team bus even before they shower. As you come to the end of a ride, finish any food you are carrying with you. When you get off the bike eat two calories of carbohydrate per pound of body weight every hour until you can sit down for a regular meal. For example, if you weigh 150 pounds, you should eat 300 calories of carbohydrate every hour.