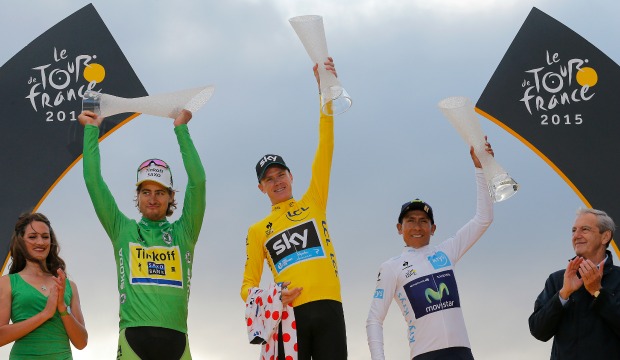 Wondering what to watch for in this year's Tour de France? From top contenders to the most challenging stages, we've outlined all the information you need to get up to speed before the start of the 2016 edition of Le Tour.

The 2016 Tour de France will be the 103rd edition in the race's history. This spectacle will consist of 21 stages over 23 days, and riders will complete a total of 2,186 miles by the time they reach the finish line on the Champs-Elysees in Paris. Below are some of the highlights of this year's route:

A big part of what makes the Tour de France an exciting sporting spectacle is the race within the race. Here's a look at the four jerseys up for grabs on the road: