When fatigue slows you down: Iron-deficiency anemia 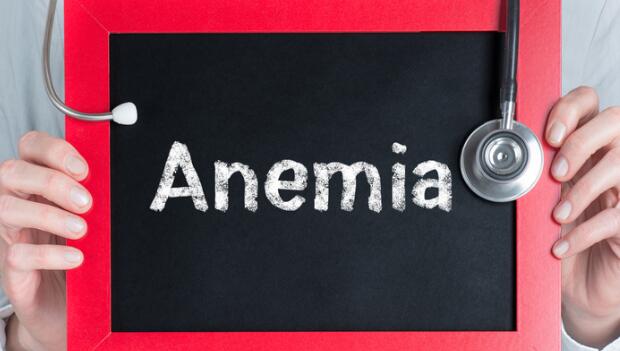 After completing a long-course triathlon, Amy took some time off from training before embarking on a marathon-training program. However, workouts that had formerly been easy were becoming progressively harder to complete. Even taking additional days off didn't seem to help.

Although Amy was apprehensive about visiting her doctor, she knew she needed to find out what was wrong. Amy was diagnosed with iron-deficiency anemia, one of the most common nutritional deficiencies among female athletes.

Early onset of fatigue during exercise is a common complaint among athletes, especially female endurance athletes. Overtraining, stress, or many other external factors can cause fatigue, but many cases of fatigue are attributable to a lack of iron in the blood, a condition known as anemia.

Iron, a trace mineral, is a major component of the body's red blood cells or hemoglobin, and carries oxygen to various muscles and tissues for use during aerobic activity. Recent research indicates that endurance training creates an added demand for iron that many athletes are unable to meet. In fact, 75 percent of women aged 18 to 44 don't eat enough iron-rich foods, so depletion of iron stores is inevitable.

An iron deficiency will impair sports performance because oxygen isn't transported effectively to working muscles, which causes a build up of lactic acid. Symptoms of iron-deficiency anemia include muscle burning, shortness of breath during exercise, nausea, frequent infections, respiratory illnesses and a pale, washed-out appearance. Over 50 percent of female endurance athletes have depleted iron stores, which suggests dietary intervention may be necessary to prevent anemia.1,2,3,4

Because iron-deficiency anemia is more common in athletes, it's important to monitor iron status. Individual iron status can be monitored by checking various biochemical measures (Table 1), as well as looking at the diet. Iron-deficiency anemia occurs in three stages, with stage 3 having the most detrimental effect on athletic performance.

Most iron-deficient endurance athletes have a stage 1 deficiency; meaning iron reserves in the body are exhausted. Stage 1, or nonanemic iron deficiency, is diagnosed when ferritin (storage form of iron) levels drop below a blood level of 12 ug/dl.

If stage 1 iron deficiency is undiagnosed for several months it may progress to stage 2, in which red blood cells and consequent oxygen transfer are decreased leading to reductions in exercise capacity. Stage 3 characterized by intense fatigue, compromised physical ability and decreased athletic performance, and is detected by insufficient hemoglobin and a low concentration of red blood cells.

Depleted iron stores can occur as a result of several factors, including an inadequate diet and/or absorption of iron, intense endurance training, and excessive blood loss through menstruation.

Poor dietary iron intake may be the primary reason why female endurance athletes develop iron deficiencies.2 The recommended daily allowance (RDA) of iron is 15 mg/day for women aged 11 to 50. Iron needs increase during pregnancy (30 mg/day) and lactation (15 mg/day), and decrease at menopause (10 mg/day).

Currently, there aren't special iron recommendations for female athletes, but recent research suggests that needs may be higher due to iron loss during hard training. Regardless, both the general population and female athletes, on average, fall below the current RDA for iron, thereby increasing the risk for depleted iron stores and compromised training performance.

To further complicate the issue, only about 15 percent of ingested iron is absorbed -- absorption is dependent on the form of iron ingested (plant versus animal), meal composition and the individual's iron status. Iron can be found in a multitude of foods -- both animal and plant origin (Table 2). However, it's well established that iron found in animal products, otherwise known as heme iron, is better absorbed than iron found in plant products -- up to 20 percent more.5,6

Therefore, vegetarian athletes have a greater risk for iron deficiency, even if total iron intake is the same.7 Even so, some 40 percent of competitive female endurance athletes avoid meat.8

The good news for vegetarians is that iron absorption can be enhanced by consuming foods rich in vitamin C (i.e., citrus fruits and juice). On the contrary, iron absorption may be inhibited by up to 50 percent by several food chemicals, including tannic acid found in tea and coffee, food additives such as phosphate found in soft drinks, and food preservatives. Iron absorption is also decreased with excessive intake of other minerals (i.e., zinc, calcium). It's important to note that iron absorption is dependent on the severity of iron depletion, meaning those with iron-deficiencies will absorb more iron than their healthy counterparts.

Red blood cell count and hemoglobin concentration has been shown to be lower in athletes than sedentary individuals,9 which may support the hypothesis that exercise creates an added demand for iron that exceeds its intake.10,11 Daily dietary iron needs may be as high as 41 mg during intense endurance training.12 The term "sports anemia" is commonly used to describe iron depletion and consequent reductions in hemoglobin to anemic levels. Sports anemia occurs in athletes who dramatically increase their training intensity, and the symptoms are generally short-lived.

Additional iron needs during training may be related to a phenomenon known as hemolysis, in which red blood cells are damaged from the constant pounding of running. The repeated foot contact with the ground causes red blood cells to rupture and release hemoglobin, some of which is excreted by the kidney and therefore appears in the urine. In a review by Clarkson and Haymes, it was stated that runners might lose 1.0 to 1.5 mg of iron from hemolysis, which suggests additional iron consumption is necessary to prevent symptoms of anemia.4

The increased demand for iron in athletes may also be attributed to iron lost through sweat. While iron loss via sweat may be negligible, these losses can add up over prolonged athletic events like Ironman-distance triathlons. It's estimated that approximately 0.3 to 0.4 mg of iron is lost per liter of sweat during exercises.13

Menstrual blood loss is one of the principle factors responsible for iron depletion, with 30 to 50 percent of American women experiencing significant iron losses during menstruation.14 Female athletes who menstruate regularly lose iron-rich hemoglobin each month, with average iron losses ranging from 5 to 45 mg depending on the heaviness and length of the menstrual cycle. This iron loss results in a demand for an additional 5 mg of dietary iron per day.

Properly-diagnosed cases of iron-deficiency anemia should be treated with therapeutic doses of supplemental iron, preferably in the ferrous sulfate form due to its high absorption rate. A typical dose consists of 50 to 100 mg of elemental iron, two or three times a day. Taking 500 mg of vitamin C or drinking a glass of orange juice may help improve absorption.

Because high doses of iron can cause nausea, diarrhea and constipation, individuals are advised to increase the dosage from once a day to three times a day until tolerance is established. A slow-release iron supplement may help reduce constipation.

The length of time for iron supplementation will vary -- check with a health professional. Blood work is generally repeated every four to six weeks, but typically it takes approximately eight weeks for endurance performance improvement.15

While supplemental iron is beneficial for individuals with inadequate iron stores, athletes with normal iron status are advised against iron supplementation. Iron overload can cause serious health complications and even death.

Frequent monitoring of iron status, including biochemical and nutritional analyses, is recommended for all endurance athletes, especially vegetarians, in order to prevent iron-deficiency anemia and to assure optimal health and athletic performance.

Sports Dietitian Kimberly J. Mueller, M.S., R.D., lives in San Diego, California, and provides nutrition counseling for recreational to elite athletes. If you're interested in an interactive analysis of your current diet intake or would like a personalized meal plan designed to help maximize sports performance, e-mail Kimberly at kim@kbnutrition.com or visit www.kbnutrition.com.