The facts about caffeine and athletic performance 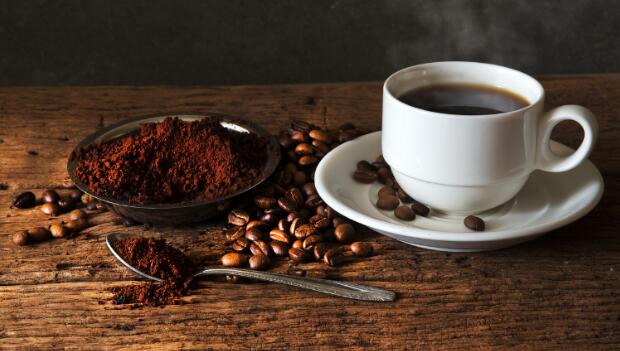 Many athletes enjoy a caffeine-lift either as a morning eye-opener, during daily coffee breaks, before training and during competitions. Questions arise about caffeine:

The purpose of this article is to look at caffeine (most commonly consumed as coffee) as a part of a sports diet and help you determine whether you want to take it or leave it.

We've all heard the warning: Coffee has a diuretic effect, is dehydrating, and doesn't count as a fluid replacer. While once deemed true, we now know differently.

The truth is, a moderate intake of coffee, cola and other caffeinated beverages does count towards fluid needs -- particularly if you're accustomed to consuming caffeine on a daily basis. (Don't we all know someone who drinks only coffee -- no water -- and is fully functional?)

Given that about 80 percent of Americans drink coffee (55 percent daily, 25 percent occasionally), and the average intake is about 200 mg caffeine/day (3 mg/kg), most athletes are familiar with caffeine's benefits of heightened alertness and performance.

Using subjects who habitually consumed a relatively low amount of caffeine -- equivalent to one, six-ounce cup of brewed coffee (100 mg/day; about 1.3 mg caffeine/kg), they found no detrimental effects of caffeine on 24-hour urine volume. (Armstrong, In't J Sports Nutr, June 2005) By day's end, the urine losses were similar whether the person consumed no caffeine or a high dose.

How did the "coffee is dehydrating" myth start? The initial studies looked at urine collection just two to four hours after caffeine consumption (not the 24-hour picture), didn't compare coffee to water, or used very high doses of caffeine. We now know people have similar urine volume whether they consume caffeinated (<3 mg caffeine/kg) or plain water.

Caffeine is one of the best-tested ergogenic aids (substances, devices, or practices that enhance an individual's energy use, production, or recovery) and is known to help athletes train harder and longer. Caffeine stimulates the brain and contributes to clearer thinking and greater concentration.

There are more than 74 good studies on the use of caffeine for both endurance exercise and short-term, higher intensity exercise. The vast majority of the studies conclude that caffeine does indeed enhance performance and makes the effort seem easier (by about six percent).

The average improvement in performance is about 12 percent, with more benefits noticed during endurance exercise than with shorter exercise (eight to 20 minutes) and a negligible amount for sprinters. More benefits are also noticed in athletes who rarely drink coffee, hence are not tolerant to its stimulant effect.

Because each person responds differently to caffeine, don't assume you'll perform better with a caffeine-boost. You might just end up nauseated, coping with a "coffee stomach," or suffering from caffeine jitters at a time when you're already nervous and anxious.

And be forewarned: While a morning cup of coffee can assist with a desirable bowel movement, a pre-competition cup might lead to transit troubles! Experiment during training to determine if a caffeinated beverage or plain water is your best bet.

As you have likely observed, caffeine is readily available in a variety of products:

A moderate caffeine intake is considered to be 250 mg/day. In research studies, the amount of caffeine that enhances performance ranges from 1.5 to 4 mg/lb body weight (3 to 9 mg/kg) taken one hour before exercise. For a 150 lb person, this comes to about 225 to 600 mg. More doesn't seem to be better.

Most athletes get caffeine by drinking coffee; others consume caffeinated gels, chug Red Bull, or pop NoDoz pills. Because the amount of caffeine in coffee is so variable, some athletes prefer products with specified doses.

If Starbucks or Dunkin' Donuts are your preferred sources for caffeine, be forewarned: Their specialty coffees are filled with calories. While black coffee has no calories, a "coffee regular" with two creamers and two sugars has 80 calories. A 16-ounce Starbucks Vanilla Frapuccino perks you up with 470 calories of sugar and fat; a Dunkin' Donuts Coffee Coolatta is 350 calories. These are not "diet beverages." Hopefully, they'll energize you enough to burn off those calories during a killer workout!

Athletes vary in their response to caffeine; some are very sensitive and prefer to abstain rather than get over stimulated. Others thrive on a jumbo cup of brew. Clearly, you have to learn through trial and error the amount of caffeine that works best for your body -- if any at all. Perhaps more sleep could be the better energizer for some low-energy athletes.