Running for weight loss? Prepare to be patient 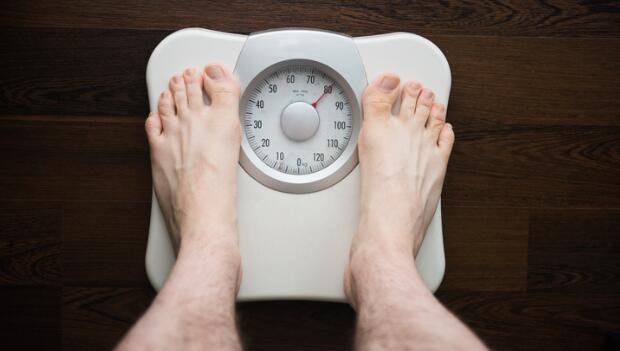 In a recent TV commercial, a portly, middle-aged man walks gingerly up to the scale at his local gym. The scale reads 249 pounds. He sprints feverishly once around the gym and not so gracefully steps back on the scale. His face falls when, not surprisingly, the scale still reads 249 pounds.

The point of the clever ad is clear: Americans want a quick fix when it comes to everything, and that includes physical fitness.

As the much-anticipated spring thaw sets in, many suburban dwellers are choosing running as a way to quickly trim off pounds and create a lean silhouette.

They pack the trails of area parks and forest preserves, their breath forming white clouds before them on cold mornings as they huff and puff through their exercise routines.

But is running a fast solution for weight loss?

According to those who specialize in exercise physiology and nutrition, the answer is no. While running is a very effective way to shed pounds, this transformation takes place over time and requires patience.

"That is probably one of the biggest problems that people have when starting any exercise," said Kevin Davis, a fitness specialist and personal trainer at Loyola University's Center for Health and Fitness in Maywood. "They don't see results right away, and so they quit."

Davis added that a one-mile run, which takes a new runner 10 minutes, does little for weight loss or cardiovascular health, though it's a positive start.

"In order to get full health benefits, you need at least 30 minutes each time," he said.

Statistics from the Weight Loss Control Registry, a research group that studies people who have successfully lost weight and maintained their weight loss, point to the need to consistently burn 2,800 calories through exercise each week in order to successfully lose weight. Rather than fast, exhausting runs, weight loss at this level requires longer, slower runs -- about 25 to 30 minutes -- spaced three or four times throughout the week.

In other words, a longer run at a slower pace will burn more calories than a short run at a faster pace.

Starting weight also plays a substantial role in how many calories are burned during a run, according to research from Elizabeth Sadler of Vanderbilt University. For example, a 220-pound man who goes for a two-mile run will burn about 150 calories, while a 120-pound woman will only burn 82.

In order to lose a pound, the body needs to burn about 3,500 calories. A 180-pound person running for five miles each day will lose around five pounds per month. However, as runners lose weight, they begin to burn fewer calories per mile and weight loss begins to stabilize.

"The biggest problem for new runners is that you can't just wake up and do it," said David Patt, chief executive officer of the Chicago Area Runner's Association. "It takes time and training like anything else, but people don't want it to take forever."

And Patt should know. He lost 60 pounds over the course of three years when he took up running and began to change his lifestyle.

"You eat differently when you start running," he explained. "Your body doesn't crave the same foods you ate before. It's a process and your body gets used to it, but there is no magic pill."