Aerobic base training: Going slower to get faster 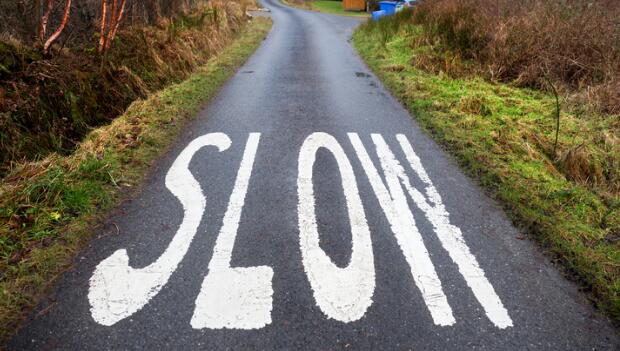 One of the hardest concepts for an athlete to understand and implement is base training. It's counterintuitive to run or bike slowly in order to gain performance later in the season.

It's also very difficult to take a step back from the intense training you were doing a few weeks ago, and bring the speed and pace way down. But if you have the discipline to train aerobically for a period of time, when everyone else is still hammering away, it will pay you dividends down the road.

First and foremost you need a break. I prescribe a three- to four-week transition phase at the end of each season and immediately follow it with base training. Transition is a time to rest and recover both physically and mentally.

We don't take total time off because the fitness loss takes too long to make up. Instead I give my athletes maximum flexibility with their training, plenty of rest, and let them leave the heart rate monitor at home. This gives them a few weeks to refocus before we begin structured base training.

You can't train hard year round without taking regular periods of reduced volume and intensity. If you do, you'll find yourself burned out, over trained and perhaps injured. You'll also find your performance degrading rather than improving. Most athletes build base in the fall and winter when there aren't a lot of races. If one of my athletes wants to race during base we call it a "C" fun/training race and don't set any performance goals.

Physiology of base training

Why is this important? The more work you perform aerobically, or in the presence of oxygen, the more efficient you are. Prolonged aerobic training produces muscular adaptations that improve oxygen transport to the muscles, reduces the rate of lactate formation, improves the rate of lactate removal and increases energy production and utilization. These adaptations occur slowly over time.

Fat is a primary fuel source for the aerobic energy system. Over the course of a base period your body learns to break down and utilize fat as an energy source more efficiently. As an added bonus, this adaptation helps post-exercise fat metabolism as well.

This is an important factor, especially for long-distance athletes. The fat we have in our bodies could provide enough energy to perform many distance events back to back, whereas muscle glycogen depletion can occur in as little as one hour. The less muscle glycogen you utilize, the more efficient you are. Contrary to the aerobic system, the anaerobic system consumes carbohydrate rapidly and the byproduct is lactic acid.

Other adaptations of aerobic training include increased stroke volume of the heart, capillary density and mitochondrial density. Stroke volume increase simply means that your heart pumps more blood per beat. Mitochondria are structures within muscle cells that produce energy from fat and carbohydrate oxidation. Think of them as tiny batteries for muscle contractions.

Regular endurance training can double these structures.1 By increasing capillary density we can effectively transport more blood to the working muscles. The process of building capillaries occurs gradually. Because high-stress training breaks down capillaries, base training is best for allowing the slow growth of capillaries.

There should be progression during base season as with any other training period. I normally prescribe 12-16 weeks of base training. This will vary with the athlete's fitness level, and the type of event they will be peaking for. Over the course of base, I progress from the low end of the aerobic energy system and gradually proceed in steps to the high end. The heart rate zones I use fall into the 71- to 90-percent range of lactate threshold or 61 to 80 percent of max heart rate.

I also incorporate specific strength training at an aerobic level. This entails different types of low-cadence cycling and slow hill running or even walking. These workouts also increase in volume throughout base. Base training is an excellent time to work on form and economy as well. As intensities increase later in the season, it's harder to concentrate on form.

By establishing good economy habits early in the season, the you'll carry them forward. It's also important to incorporate drills and technique work when you're training at low intensity to keep boredom at bay. Base training doesn't mean you'll never move fast. Run strides, foot speed drills and fast pedal work can all be integrated. Towards the end of base, I start power work but use brief durations and full recovery between efforts.

How does this transfer into performance gain?

Let me give you a hypothetical example. Suppose athlete Sam runs a seven-minute mile at lactate threshold. His fastest aerobic pace, or aerobic threshold, is an eight-minute mile. We start off Sam's base training at the low end aerobic zones at which he runs a nine-minute mile and he begrudgingly complies. Over the course of his 12-week base program the above mentioned adaptations occur.

At the end of his base season he runs a 7:30-minute mile -- aerobically. This is the "base" for Sam to build on for the rest of his season. Improving on the previous season is now more obtainable with proper training. If Sam's race is an Ironman, in which the aerobic energy system is used predominantly, this improvement in aerobic speed is crucial.

The hard part of base training is having the discipline to train at these low intensities. It may mean running very slowly or even walking. It may mean separating from your training group in order to pursue your individual goals. It also means avoiding the contest of egos that group training often turns into.

If you can find a training partner with similar goals and fitness level you may be able to train with them, but more often I see base work go awry. Even spending short amounts of time above your aerobic zone degrades the workout.

This area does have its place in training; it's just not in base season. Unfortunately this area is where I find a lot of athletes spending the majority of their seasons, which retards aerobic development. The athlete's heart rate shoots up to this zone with little power or speed being produced when it gets there.

Another issue is having accurate zones. I regularly performance test my athletes in order to ensure their zones are correct and to confirm their training. After performing many of these tests, and comparing them to race data, I get a very clear estimate of lactate threshold. I use a percentage of LTHR to determine individual zones.

I also recommend validation through clinical testing. I have witnessed athletes using zones that are several years old. Assuming fitness has improved over this time, their zones would no longer be accurate and they may have spent an entire base season training the wrong energy system.

You have to let your anaerobic system atrophy during base. This means you'll lose some of your anaerobic endurance and the ability to sustain speed near lactate threshold. Expect to lose some top end coming out of base, but this is what you're going to spend the rest of your season working on. It often takes several seasons to see the result of sound base training if you're a novice athlete. Be patient, it's a slow process that can't be rushed, but the sooner you get started the faster you'll be.

Matt Russ has coached and trained athletes for over 10 years around the country and internationally. He currently holds licenses by USAT, USATF, and is an Expert level USAC coach. Matt has coached athletes for CTS (Carmichael Training Systems), and has been certified by Joe Friel's Ultrafit Association. Visit www.thesportfactory.com for more information.