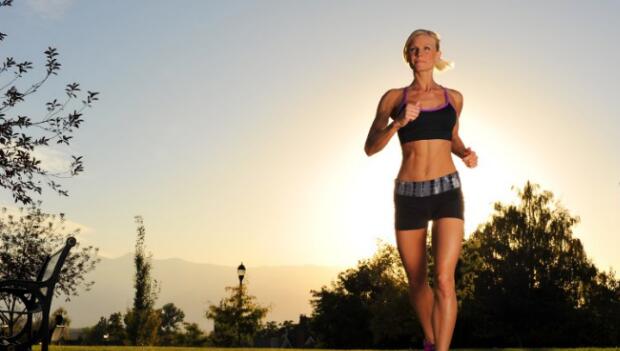 Bricks, which combine two of the three triathlon sports in a single workout, prepare you for the changing demands of each sport and play an important role in your race-day success.

Going from swimming horizontally without excessive leg movements to vertical on the bike, which is largely reliant on your leg muscles, can be particularly jarring for the body. Similarly, while the turnover on the bike may be similar to the run, triathletes often are hampered by an unsteady feeling underfoot when they transition from one to the other.

"Your body doesn't like change, so the brain has to tell your body you can do it," says Dan Smith, a triathlon coach for LifeSport Coaching in Victoria, British Columbia. "It's one of those things where practice makes perfect and over time, physiologically, your body adapts through training."

Use these tips to learn how to ease into brick training and make it a part of your regular training regimen.

Teaching your body to gauge pace when going from one discipline to another is particularly important. It can be easy to push too hard at the beginning of the bike or run, which can cause you to fatigue.

And if you're training for each discipline individually, you may find that your legs simply feel slow going from swim to bike or bike to run.

More: A Brick Workout for Every Distance

Brick training is a way of stringing two disciplines together in order to build muscle memory and neural pathways that will help you regulate pace and effort as you leave transition.

"You'll often hear from a lot of new triathletes that they find that after the swim, it can take half of the bike course to feel like they are getting their legs going, so it's important to train the legs for that task," says Smith.

While it's advantageous to do both swim/bike and bike/run bricks, the latter tends to be less of a logistical challenge. For the swim/bike, one approach is to swim in a pool at your local gym and then head to the on-site exercise bikes, which requires very little time to get from point A to point B.

Bike/run bricks are easier because both sports are done on dry land. Experienced triathletes will often set up a transition zone in their driveway or garage to simulate a race and allow them to practice going immediately from the bike to the run.

What's more, brick workouts give you the chance to practice transitions where vital seconds can be gained or lost. By going directly from one sport to the other, you not only train your body and mind to adapt, you also get to practice tasks like putting on your socks, getting your helmet and sunglasses on, and changing your shoes.

The transition is perhaps the easiest place to gain or lose time, so it should not be overlooked.

"The idea is to try to keep that time in between to a minimum," Smith says. "You should be focused and methodical and have your gear right there and ready."

Smith suggests easing into brick workouts with the bike/run. "Do an hour bike and then practice running 10 to 15 minutes right afterwards," he advises. "For new triathletes, I'd probably only do that once a week. As you advance you could do it twice. This is all about just turning the legs over and getting the body used to running off the bike."

Once you're comfortable with this kind of workout, give the swim/bike brick a try.

"Do a 400-meter swim and then jump out of the pool and get your bike shoes on and go at race pace for 15 minutes on the bike," Smith says.

By doing this, you'll teach your legs to adapt to the bike more quickly. You'll also be able to practice getting your wetsuit off and getting socks onto wet feet.

Since the body and brain learns through practice and repetition, brick training is a vital part of any triathlon-training program, especially for the uninitiated. While going immediately from one sport to the next may not feel comfortable at first, eventually it will get easier. And by the time race day rolls around, you can be confident that you're as prepared as possible to handle the challenges that come along with racing three different disciplines.

More: How to Pace Yourself in a Triathlon

Mackenzie Lobby is a Minneapolis-based endurance sports and fitness journalist and coach with a Master's in Kinesiology. Check out her website at mackenzielobby.com.