How to Run at the Right Pace 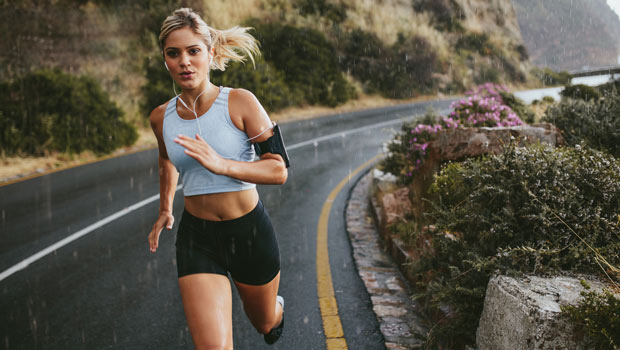 Pace yourself. Sure, it sounds easy enough: Settle into the perfect speed for your given effort and hold it. But whether you're a seasoned veteran or an eager newbie, it can be hard to know if you're going slow enough on easy days and fast enough on hard days.

"You can't go as hard as you want every time you work out, or you'll have nothing left to race with," says Greg McMillan, M.S., an exercise physiologist and founder and coach of McMillan Running in Flagstaff, Arizona. "The goal is to train at various paces, usually at 50 to 70 percent effort, so you can race at 100 percent. This is difficult for most runners to follow."

It's hard in part because not every runner knows the speed from which to base those paces. Here's how to nail the right pace for every workout.

Many training plans base workout paces off your 5K race pace. But if you've never run a 5K or it's been a while since you have, you're probably under-or overestimating what that speed is, says Jonathan Cane, president of City Coach, a coaching service in New York City.

Figure it out: Enter a 5K and run at the hardest pace you can hold. Don't want to race? Run two miles at a steady, conversational pace, then pick it up for the final mile to a speed at which you can speak only in phrases.

"Whatever speed you can sustain in that last mile is a good indicator of what your base pace should be," says Cane.

A few days later, run three one-mile repeats at that pace (jog 800 meters between each repeat). If your third repeat is at least as fast as the first one, your baseline pace is ideal. But if each mile is progressively slower or you have to walk the recovery interval, adjust your base 5K pace by taking the average speed of the three miles.

"It's hard to give a race effort during a training run, so doing your own 3.1-mile time trial won't be very accurate," says Cane. "This two-pronged approach will help gauge your speed better."

If you need help figuring out your pace, use a pace calculator.