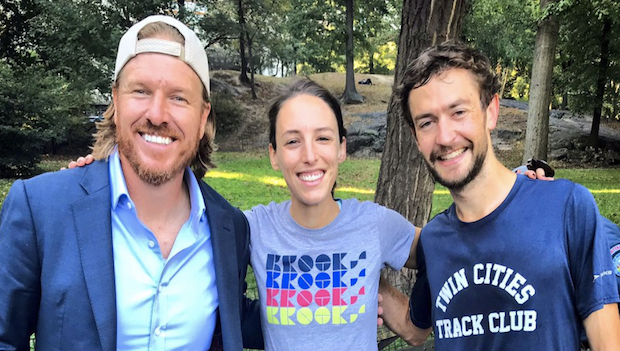 Anyone who's watched an episode of HGTV's "Fixer Upper" knows that co-host Chip Gaines, 42, is known to rip on himself for his, er, extra pudge.

On October 19 American middle-distance runner Gabe Grunewald, 31, made Gaines' extra poundage her personal project, vowing to get the contractor-turned-reality star in shape.

Grunewald, a 1500-meter specialist who is fighting to become a four-time cancer survivor, is currently receiving treatment at New York City's Memorial Sloan Kettering Cancer Center. She was logging a few easy miles around Central Park when she ran into Gaines. 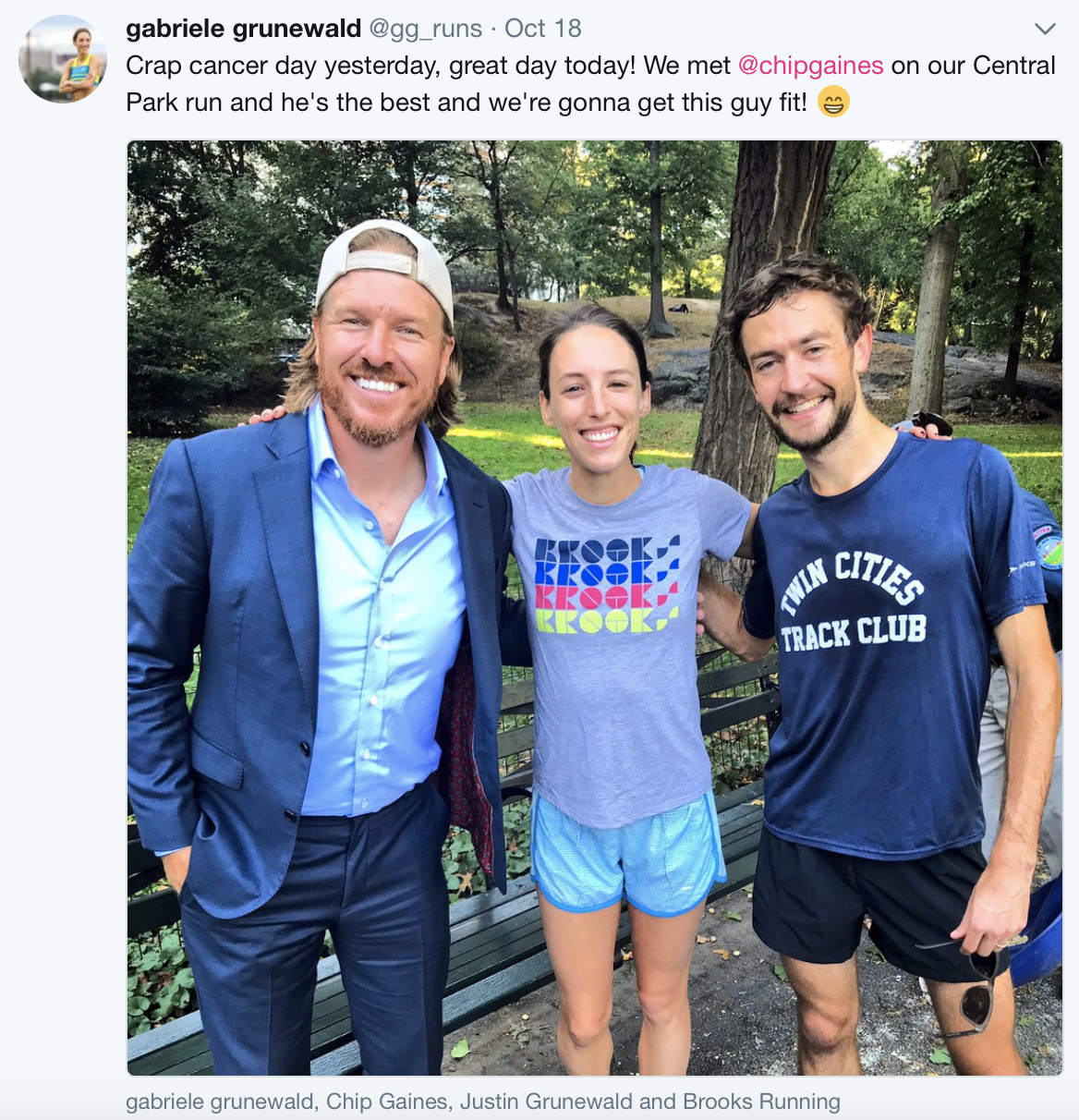 The exchange continued, and from the outside it seems Gaines has committed to run a marathon and help raise money to fight the disease that has impacted Grunewald's life.

Grunewald's fourth battle with adenoid cystic carcinoma—and the three bouts before it—has not stopped her incredible performances on the track. In June, she ended the outdoor season at the USATF Outdoor Championships semi-finals while in between chemotherapy rounds.

In July, she announced via Instagram that the chemotherapy had not worked and urged the running community to help her both spiritually and monetarily. Her call-to-action united runners of all kinds, raising more than $73,000 to date to help offset the high cost of treatment. Grunewald says any funds remaining after her treatment will be donated to Cure Cancer Run Club.