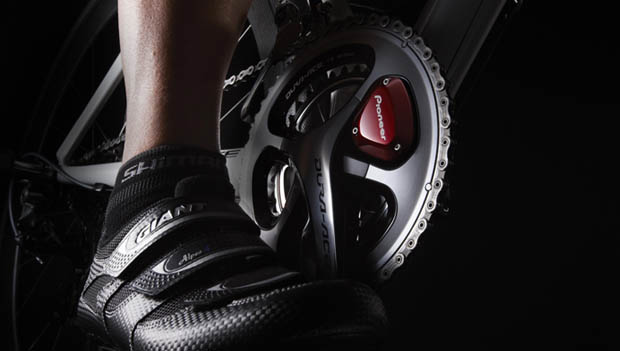 You've heard the buzz about power meters on your local shop ride and have seen them installed on all the bikes in the pro peloton. But to an amateur cyclist and power newbie, there are still plenty of gray areas surrounding the device.

Compared to buying a high-end bike or a new carbon wheelset, training with a power meter is the most cost effective and efficient way to reach your fitness goals and improve your cycling mechanics. But with such detailed information comes a steep learning curve, so try to curb your confusion from the start by focusing on the most valuable metrics before going too in-depth.

We've rounded up the most common power meter questions and asked professional triathlete and Pioneer athlete Chris Bagg, to explain...as if he was speaking to a first-grader.

Chris Bagg: Power is an instant reflection of the work you are doing on the bike. Pedal harder, and the output—measured in watts—goes up instantly. A power meter is a direct measurement device, which means there is no lag between input (pedaling harder or softer) and recording and displaying the output (the numbers you see on your bike computer).

A heart rate monitor, while a useful device for all kinds of reasons, sees a lag between increased effort and the measuring of that effort. As you pedal harder your heart rate begins to rise, but not instantly to your new effort level. It's harder to really fine tune efforts or intervals to hit the exact intensity you're aiming for. This is especially true for sprinting intervals, where the interval might be finished before the heart rate rises to the corresponding intensity.

Heart rate is great for long, steady state intervals, and also as a diagnostic tool when things aren't working normally inside your body during exercise. Dehydration, hunger, sickness and stress will change how your heart rate reads. The nice thing about a power meter is that a watt is always a watt—you always know exactly what you're doing with no time lag between changing your effort and seeing that effort reflected on your computer.

ACTIVE: What are some key performance indicators a power meter provides?

CB: It really depends on what kind of cyclist you are. If you're a sprinter training to win a race, you'd want to maximize your five second average power. The best sprinters in the world manage around 2000 watts for five seconds of power, or enough energy to light up 20 100w light bulbs.

If you race cyclocross, you'd want to maximize the number of 15 second all-out efforts you could perform over a certain time period without those efforts dropping. One of the best cyclocross racers, Ryan Trebon, can hit 800 watts 120 times over the duration of a 60-minute race.

If you're a sprint- or Olympic-distance triathlete, you're going to want to focus on improving your 20 to 30 second average power, as well as your Functional Threshold Power (FTP), or the power you could theoretically hold for one hour.

If you're a 70.3 or IRONMAN triathlete, you'll want to work on holding a relatively high wattage over long intervals--like one to three hours (and even longer in the final six weeks before your target race).

However, the gold standard for any racer is watts per kilogram, or W/kg. At any given time interval (the traditional ones are five seconds, one minute, five minutes, 20 minutes and 60 minutes), take your best average and divide it by your weight in kilograms. Now you have a way to compare yourself to other racers, and to track your performance.