5 Tips to Stay Safe and Avoid a Bike Crash 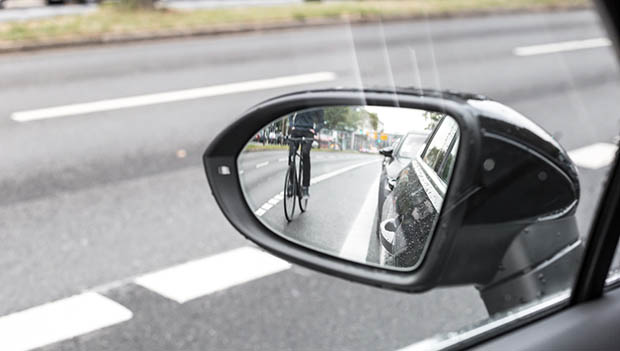 As much as we hate to admit, riding a bike can sometimes be a dangerous activity. Whether it's a bike-on-bike incident, bike-car incident or a crash when riding by yourself, unfortunately things happen. It's part of the territory of pedaling two wheels, and while we're proponents of all things bikes, we admit cycling isn't without its risks.

If you think about it in terms of the number of times you've crashed over the number of miles ridden, it's a pretty rare occurrence. This doesn't mean, though, that you shouldn't actively monitor your situation on the bike. Simply being observant and aware of your surroundings can dramatically reduce this crash-to-miles ridden ratio.

Beyond being aware, here are our top five tips to stay safe and avoid a bike crash when out on your next ride.

Cyclists dream of perfect tarmac, but rarely is this the case when out on the open road. Luckily, when riding by yourself, issues like an unexpected gravel patch or pothole are usually easy to spot and avoid if paying attention. Always look 10 to 15 yards ahead to give yourself time to react.

It's a bit different if you're in a group. First, always try to ride near the front of the group—this will give you time to spot the pothole yourself and not only maneuver around it, but alert the riders behind you. Second, if you're in the pack and someone goes down, avoiding a crash can be tricky. Don't look at the crashed rider, and find clear space to the left or right (without cutting someone else off). Or, brace yourself to hit the pothole and ride through.

Perhaps the most common bike-car collisions happen when a cyclist is riding on the right-hand side of the road, and a car exits a parking lot or street and turns right onto the road. These motorists are always looking for other cars, not bikes, when they pull out oblivious to two-wheeled travelers.

If it's safe for you to take more of the lane or merge into the adjacent left lane, it's best to give these outlets space when possible. This will give you more time to react and avoid any unaware motorists, and once you ride across the street or parking lot exit, move back toward the shoulder. Combining this tactic with slowing your pace, wearing bright colors (or a headlight at night) and signaling to the driver will reduce your risk of this "right turn" incident.

If your area has them, bike paths and paseos are a great way to log safe, traffic-free miles. Unfortunately, many cyclists see these paths as designed just for them, with the occasional stop sign and speed limit as optional.

Bike paths are almost always multi-use, which means walkers, runners, horses and cyclists have equal access and rights. This means that these trails can be somewhat congested during peak hours, and cyclists need to take note. Slow your pace and watch out for packs of runners, moms pushing running strollers or dogs off leash. Never cross into the oncoming lane unless absolutely necessary, and look for others (and signal) when turning left or right.

Also, if you're riding in a big group, opt for taking an entire lane on the adjacent road—not the bike path. Bike paths are great for families and solo riders, not for fast-moving groups of cyclists.

Another common bike-car collision happens not when the car is moving, but when parked alongside a bike lane or on a street with a narrow shoulder. Motorists often open their doors without a second look over their shoulder, and this can be dangerous (and life-threatening) for incoming cyclists who don't have time to stop.

This fix is simple—always ride as far left as possible to avoid any car doors that might swing open. It's even safer to take some of the lane with traffic over riding blindly next to parked cars.

We've all been out on a ride when we come into a corner with too much speed or there's some moisture or gravel on the road. It can be a harrowing experience, especially if there's oncoming traffic in the other lane.

There are a few things you can try in this situation to keep yourself from crashing. Even if you know the route like the back of your hand, always slow before entering a turn. This will give you time to react and readjust your line. Remember, this means you need to squeeze your brakes before the turn, not through the turn (that will cause you to potentially lose traction and slide out).

Also, enter the corner near the outside of the lane and head toward the inside. This increases the amount of speed you can safely sustain and gives you more of an open view of what's to come in the turn. If it's too late and you're in a tough situation, straighten the bike and regain control before attempting to follow the corner. Alert oncoming riders who might be in your line in the other lane (and people behind you), and scrub your speed before adjusting course.