Is Using RICE for Recovery Wrong? 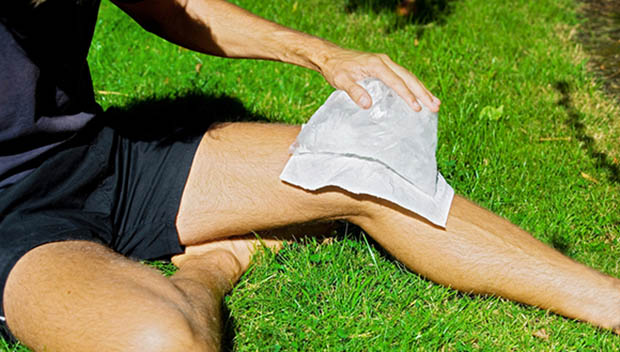 We've all heard that ice baths after a hard training session are a necessary to prevent injuries and recover properly. But just when you think something is tried and true, research goes on flips that idea on its head.


Sports performance consultant and author Gary Reinl went on a search to find the best methods of using ice for recovery and rehabilitation. He searched for clinical research and protocols on the subject of cryotherapy for athletic rehabilitation to compare scientifically proven results. His goal was to find which method or methods produced the best outcomes, Reinl explained at the annual National Strength and Conditioning Association Conference this past year.

A jump in logic was made that if ice helped preserve a severed limb so that it could be reattached, it would certainly aid in the process of recovery from other types of injury.

MORE: How Cyclists Can Improve Their Bone Health

Why Did We Begin Using Ice in the First Place?

The medical industry recognized ice as a treatment option in 1962, according to Reinl's book, Iced! The Illusionary Treatment Option. Dr. Ronald Malt, a surgeon, and his medical team at Massachusetts General Hospital in Boston, reattached the severed arm of a 12-year-old boy, after keeping the severed limb on ice to preserve the tissue. This was the first recorded reattachment, or replantation, of its type.

Somewhere along the line, a jump in logic was made that if ice helped preserve a severed limb so that it could be reattached, it would certainly aid in the process of recovery from other types of injury.

In 1978, Dr. Gabe Mirkin wrote the best-selling Sports Medicine Book. In this book, he coined the term RICE (Rest, Ice, Compression and Elevation) for the treatment of athletic injuries. This guideline of treatment is the standard for first aid courses, coaches, physical therapists, doctors and self-care for decades

For years we've been lead to believe that inflammation is bad. That isn't true.

Inflammation is your body's immediate, and effective, response to injury. When we experience trauma to a part of our body, the body sends out an emergency response team.

If the injury involves bleeding, your body triggers the inflammation process and blood loss is limited. Blood clots form as a natural response so you don't bleed out. No doubt, this is a good self-preservation mechanism.

More cells are sent to the area to destroy germs and other foreign bodies. Additional cells arrive to ingest the debris and prepare it for evacuation from the body via the lymphatic drainage system.

The major objective of the RICE protocol was to stop inflammation. But as you now know, inflammation is a necessary step in the body's repair and recovery process.

During the second phase of healing--known as proliferation--the wound is "rebuilt." The healthy rebuilding of tissue requires sufficient levels of oxygen and other nutrients supplied by blood vessels. This phase is enhanced by muscle activation--not inactivity or rest.

The third and final step in the healing process is the maturation phase. Collagen is remodeled from type III to type I, while cellular activity in the area decreases.

What Does Ice Do?

The major objective of the RICE protocol was to stop inflammation. But as you now know, inflammation is a necessary step in the body's repair and recovery process. Icing an injured body part does not stop inflammation; it delays inflammation, which can also impede recovery.

A recent study tested 11 male subjects performing elbow extensions. One group applied topical cooling (icing), while the second group did not. The ice group applied topical ice to the affected muscle for 15 minutes at 0, 3, 24, 48 and 72 hours after exercise. This protocol is the standard that many athletes use to recover after training sessions.

Researchers looked at blood markers for recovery and concluded that "topical cooling, a commonly used clinical intervention, seems not to improve but rather delay recovery from eccentric exercise-induced muscle damage."

Experts do agree that icing an injured body part does decrease pain. If decreasing pain allows or encourages the injured person to move in ways that may increase the injury, then icing for pain relief isn't beneficial.

However, if an athlete is in so much pain that it becomes intolerable, should ice be applied? The answer to this question is not universally agreed upon.