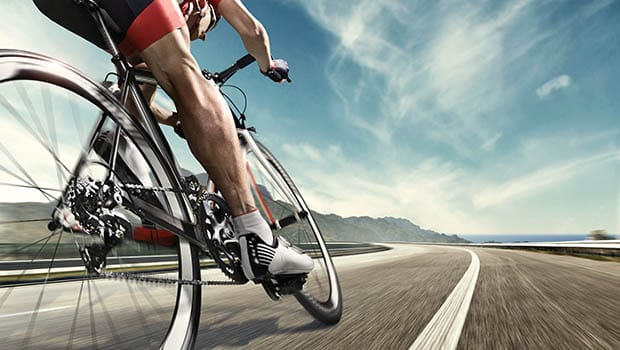 The sport of triathlon has many great attributes, but being economical generally isn’t considered to be one of them. But aside from shelling out hundreds for race fees and thousands for bikes and carbon wheels, being economical—at least physiologically—can pay big dividends at the end of the race.

In all but the shortest of sprint triathlons, events fall squarely in the aerobic arena. Thus, performance is largely dependent on the three pillars of aerobic endurance: maximal oxygen consumption, lactate threshold and economy. While the first two are generally well known to triathletes, economy and its related term—efficiency—refer to the energy cost of swimming, riding or running at a constant pace. It can be considered the “miles per gallon” measure of endurance sports.

But despite its importance, economy is often overlooked. “Of the three, economy may be the most important. Sport science, however, knows less about it than the other two, so it doesn’t get the same level of publicity,” explains Joe Friel, author of “The Triathlete’s Training Bible” and “Fast after 50.”

“Efficiency and economy of movement become extremely important in long-course racing, which is very popular,” says Jim Vance, head coach of the Formula Endurance triathlon team and coauthor of Triathlon Science. “There is no one who has so much talent that they can overcome poor efficiency in races and training.”

While top-end speed is vital, the ability to exert minimal energy to exercise at a constant pace often dictates performance. Those who expend the least energy can generally go longer and save an extra little kick for the finish.

However, the concept of movement economy is more complex in triathlon than in single-discipline endurance sports. A triathlete has to worry about not only economy in three different sports, but also how effort and energy expended in one discipline relates to performance in the next.

How important is efficiency for improving performance in the water? “Very,” says Dr. Veronica Vleck, who has published extensive research on the physiology of triathlon. “How many times have you seen a highly muscular triathlete powering up and down the pool much slower than a young competitive swimmer with much less muscle and far better technique?”

For swimmers, improving efficiency primarily comes from refining their technique.

For swimmers, improving efficiency primarily comes from refining their technique. Sara McLarty, professional triathlete and creator of Swim Like a Pro says, “The most efficient swimmers learn to use the water rather than struggle against it.”

Rather than being dogmatic in her teaching technique, McLarty subscribes to the “middle” approach in terms of the most efficient swimming stroke—with one end of the spectrum being the “kayak,” in which arms move in opposition of each other, and the other style being the “catchup,” where only one arm moves at a time. “The majority of successful swimmers will fall in the middle,” says McLarty.

For triathletes, the strong lungs they develop while swimming can pay off both in the pool and on the road. A 2015 study in the Scandinavian Journal of Medicine & Science in Sports assessed the effects of controlled-frequency-breathing workouts (hypoxic swim training) on lung function in 18 novice swimmers. The swimmers were divided into two groups to complete 12 training sessions. The controlled-frequency-breathing group took two breaths per length, and the stroke-matched (standard) group took seven. The biggest finding was not the expected improvements in several measures of lung function, but the 6 percent improvement in running economy.

The authors of the study concluded that limiting breathing frequency during swimming may enhance running economy through associated changes in lung function. More traditional, stroke-matched breathing did not improve running economy. However, the study notes that these effects may be more marked in athletes with less swimming experience.