How to Tell When You're Over-Reaching or Over-Training 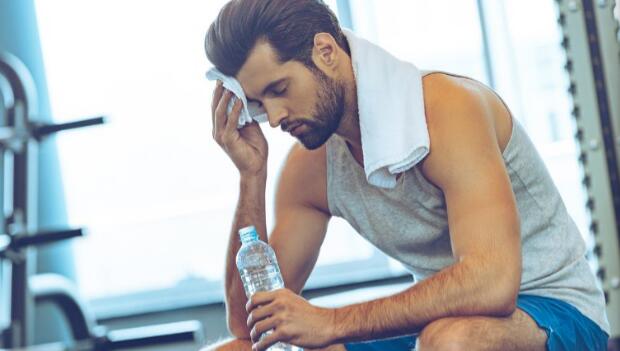 At some point during your athletic career you will experience fatigue—either for a few days or, possibly, for several months. Fatigue in otherwise healthy triathletes is typically the result of emotional, psychological or physical overload—or a combination of all three—and, ultimately, it takes a toll on your ability to perform.

Endurance athletes are particularly vulnerable to physical overload. Too much progressive training combined with incomplete recovery can create an over-reached athlete and an over-trained body.

The term over-reaching was adopted by exercise scientists to describe the short-term overload that can be managed within a few days. However, over-reaching can develop into over-training (from which it can be more difficult to recover) if the athlete does not mitigate the factors that caused the over-reaching or fails to allocate proper recovery time.

First, it's important to recognize that an athlete who repeatedly overloads his or her body without allowing adequate recovery time will eventually reach a state that requires rest. The length of the required rest period is one difference between over-reaching and over-training.

Secondly, over-reaching symptoms can sometimes be masked by an overzealous, type-A athlete. An athlete and/or a coach must objectively recognize the patterns and fluctuations in a training year to prevent the compromised results that accompany chronic over-training.

To begin, let's take a look at the characteristics that produce over-reaching. It is important to remember that individuals may demonstrate a broad range of causes. However, over-reaching is most commonly caused by:

1. Too much too soon, such as a 10 to 20 percent increase in training volume over a three- to four-week period

3. Two or three high-intensity (i.e. near or above lactic threshold) workouts in one week on either the bike or run

4. Not allowing two days of easier sessions between the challenging workouts described in 2 and 3 above

5. Overload in psychological or emotional stress in other facets of your life

7. Poor nutritional habits before, during or immediately after workouts

8. Loading up your racing season with too many events

If only one of these statements matched your training style, then you might be able to get through the year. However, if you nodded your head to two or more then you are likely destined to experience over-reaching and possibly slide into over-training.

The three training parameters that dictate success for an endurance athlete are progression, overload and recovery. Without repeated days, weeks and months of workloads that break down and rebuild you, physiological progress would come to a standstill.

And, indeed, there are times throughout the year during which you need to train in a fatigued state. Your muscles may, at times, feel sore and heavy, but there is a fine line between preserving your body's ability to repair and rebound and pushing yourself into a spiral. In fact, rebound is the key word that differentiates a tired athlete from one who has gone too far and has crossed the line separating over-reaching from over-training.

As with the above causes of over-reaching, the symptoms of the condition demonstrated by each athlete may vary. Still, many commonalities exist:

1. Physiologists, coaches and athletes have looked at morning pulse rate as an indicator of over-reaching, and studies have confirmed that a pulse rate of four to six beats above your baseline normal can be an initial indication that you are fatigued but not necessarily over-reached. An easy day or a day off will usually bring your resting pulse back to normal. A more accurate indication of over-reaching is an inability to elevate your pulse rate and sustain it at a sub-threshold level. The body seemingly has a set governor that acts as a protective mechanism. When you are over-reached your muscles cannot and will not allow you to drive up the workload.