How Long Is a Triathlon? 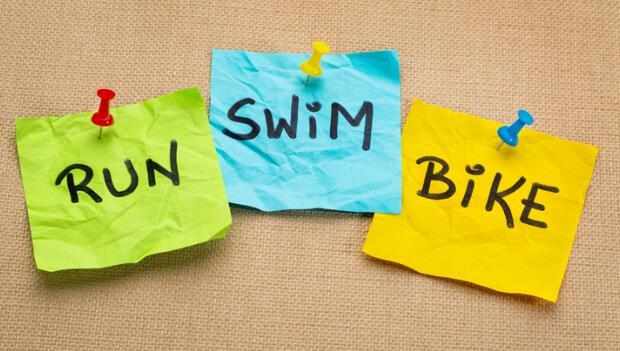 There are four common distances for triathlon competitions, and many variations on those distances.

One thing that may cause a variation from the standard distance is the race venue. Often, race directors are challenged to find a safe venue for a swim, bike and run event. To keep the logistics and safety concerns of staging such an event to a dull roar, on occasion, race directors wisely select a race course that is slightly different than the common distances mentioned in this column.

Thankfully, good race directors and benevolent volunteers continue to host events, some of which are world-class, at a growing number of locations.

So, how long is a triathlon anyway? Here are the four most common race distances:

A sprint-distance triathlon is often the best way for a new triathlete to have positive experience in their first event. A typical sprint distance event consists of 400 to 500 yards (or meters) of swimming, 12 to 15 miles of cycling and typically a 3.1-mile run.  This distance makes completing the event quite manageable for fit and soon-to-be fit athletes.

More: How to Train for a Sprint Triathlon

In the late 1980s, a 1.5 kilometer swim, 40 kilometer bike ride and a 10 kilometer run (0.9 miles swimming, 24.8 miles of cycling and 6.2 miles of running) was often called "International-Distance Triathlon" because that distance was accepted as the international standard and used at the first Triathlon World Championship. That championship was held August 6, 1989 in Avignon, France and the winners were Erin Baker of New Zealand and Mark Allen of the United States.

More: How to Train for the 10K in an Olympic-Distance Tri