Breakfast With Bob From the IRONMAN World Championship: Lauren Parker and Laura Siddall

Lauren Parker was paralyzed in April of 2017 while training for her first IRONMAN as a pro. She received a handcycle from the Challenged Athletes Foundation, and in April of 2018, less than a year after being paralyzed, she took home the bronze medal in the Commonwealth Games Paratriathlon. In September, she continued on her path to the 2020 Paralympic Paratriathlon in Tokyo by winning the gold medal in Lausanne, Switzerland, at the ITU World Championship. Parker has her sights set on returning to the IRONMAN World Championship after 2020.

Laura Siddall won IRONMAN New Zealand and IRONMAN Australia in 2018, and finished fifteenth in Kona in 2018. We chatted with the two about their special bond.

MORE: Breakfast With Bob From the Kona IRONMAN World Championship 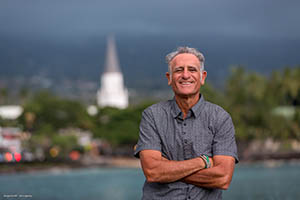