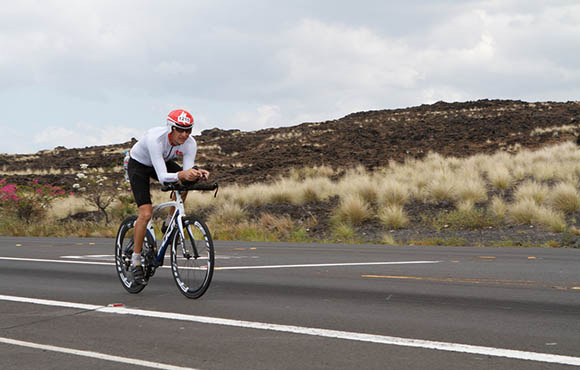 Throughout the triathlon season, your training schedule is continually changing. During the early part of the year, focus more on strength training and skills. Continue to spend a fair amount of time on the road, on the trails and in the pool, but the overall intensity of the sessions is low.

After a solid strength foundation has been established, begin to ramp up the volume of training along with the intensity. During this base period of training, swim, bike and run nearly twice as much as in the previous prep period. Strength training is no longer the primary focus but is instead put into a maintenance mode. Aerobic volume has now become the number one priority.

The base period of my training ends with still months to go before race day. Throughout the next few months, incorporate more challenging sessions that revolve around race-specific intensity.

No week looks identical to the last, but this weekly schedule is fairly close to what is typical of a triathlete training for a 140.6 race.

Today is a longer aerobic day, but the intensity doesn't generally leave me feeling wiped. I start with a four- to five-kilometer session in the 50-meter pool followed by a 45- to 60-minute aerobic run. After eating and possibly napping I head out for a three- or four-hour ride in the Boulder flats.

This day's main goal is some faster running on the track. I do some sessions that involve much faster running than I would ever see in an IRONMAN, but it helps my overall run economy. I also swim four to five kilometers afterwards, but it usually involves some easier sets. I end this day with strength training.

My favorite day: 5K in the pool with some harder efforts, followed by a five- or six-hour ride in the mountains. Lots of climbing and plenty of beautiful scenery.

I tend to do my longest swim and run of the week today: five to six kilometers in the pool with harder efforts and a two-hour run in the hills in the afternoon.

Very, very little. The main purpose of today is to recover.

A two-hour ride with 90 minutes of higher-intensity riding followed by a 30-minute tempo run off the bike. In the afternoon, I may do an easy swim before doing it all over again on Monday.

READ THIS NEXT: How to Train for Your First IRONMAN