Sharpening Your Swimming: Theories on Tapering 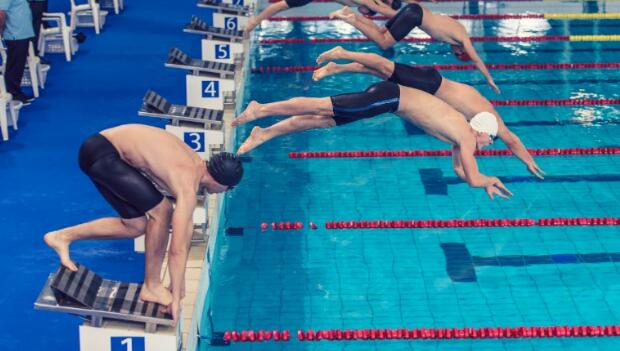 Tapering is often thought of as the key to an entire season's success. When I swam in college over 30 years ago, it seemed like our season plan consisted of several months of training that was so long and hard, we were tired nearly all the time. Two weeks prior to championship, we'd reduce the yardage by 30 to 50 percent and suddenly start doing short, fast sets on longer rest. Each time, most of us did indeed swim much faster than during the "survival" portion of the season.

We thought those results meant our taper had worked, but we didn't realize such an approach probably limited our true potential. Endless weeks on the edge of deep fatigue trained us to survive grueling workouts, but (in most cases) neglected the neuromuscular sharpness required for fast races.

Rather than cramming all our speed work into the last two weeks, we should have done it throughout the season, using aerobic training to aid in recovery from the stress of anaerobic sets before spending the final two weeks mainly resting.

College training is far more sophisticated now, as evidenced by the stunningly fast times recorded in dual meets as early as November and throughout the season. This is despite the fact that most do far more mileage than I and my teammates did. But by including the right mix of recovery and speed work, today's swimmers achieve far higher levels of race-specific fitness and therefore still make significant time drops when they rest for championships.

And taper itself has become far more of a science. The distance of the races to be swum, the number of races—including trials, finals and relays—to be swum in three to four days, an individual's physical maturity and muscle mass, even their personality type (high strung athletes can become "unstrung" during periods of reduced activity) all enter into a careful calculus of how much and over how many days the workload should be reduced. As does the issue of whether it's an intermediate or final taper.

But perhaps the critical factor is intensity rather than volume. Controlling the volume of high-intensity-yardage, as well as the total-yardage, is critical. Steeply reducing the high-intensity-yardage while more gradually reducing the overall yardage will produce faster times while maintaining the fitness needed to swim 12 to 15 taxing races—and twice as many warm-ups and cooldowns—over three to four days. And if a second championship will follow, it's easier to return to training between the two meets.

An equally critical consideration is the kind of speed work done during taper. Most of the season, intensely demanding sets—from which it may take two days to fully recover—contribute to maximizing physical capacity. But closer to the big meet you should be able to recover from a speed set in an hour or less—if not in minutes. That means shorter repeats and briefer sets at race speed.