4 Steps to Easy Breathing in Freestyle 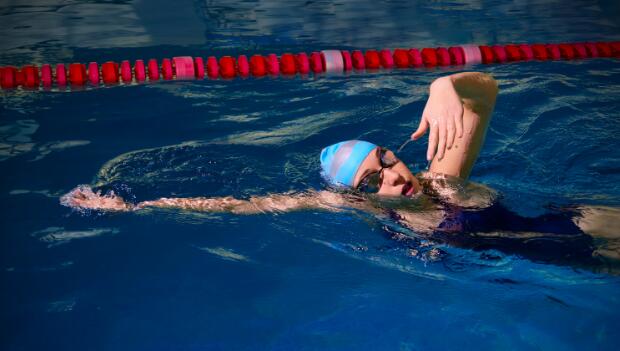 It's practically an article of faith among Total Immersion coaches that among the most difficult challenges we face is teaching breathing skills during a Weekend Freestyle Workshop. After teaching some 60 workshops, with a wide range of outcomes, the recently-released O2 in H2O DVD has suggested new methods that have proven to work better than anything we'd done previously.

For years, instruction in breathing was something we squeezed into the last 15 minutes of a lesson. I now try to allow for a full hour to focus exclusively on them; and I could easily devote a full weekend of instruction to breathing.

Recently, I taught a workshop with a small group of mixed ability students, two of whom were particularly uncomfortable in the water. One had begun swimming just three months before and become discouraged by lessons with traditional coaches who did little more than hand him a kickboard.

As I watched the group do their first strokes, I knew breathing would need to be a priority. Fortunately, the pool had one lane that was shallow all the way. Here's how we used it during our final hour:


The participants looked great and were visibly excited that, for the first time, breathing might actually be fairly easy.

Following our breathing exercise series, we practiced whole stroke, with our sole emphasis being on breathing in rhythm. We began with a few rounds of a push-off followed by three, then five, then seven strokes—adding two strokes and one breath to each repeat. We breathed to the left on the odd rounds and to the right on the even ones.

On our final round we breathed every third stroke. On this I gave them one more focal point, which was to stay "tall" while going for air—just follow your recovering arm. It worked like magic!

Share your breathing tips on our Swimming dissussion board

Pawel Lewicki is an administration lawyer by profession and a teacher by nature. He works in a middle school in Warsaw, Poland. He also runs Total Immersion in Poland, conducting workshops all over the country. He currently swims three times a week, supplemented by running and cycling in the surrounding National Forest of Kampinos. His hobbies include good books, exotic cusine and gardening.