2 Drills for the End of Practice 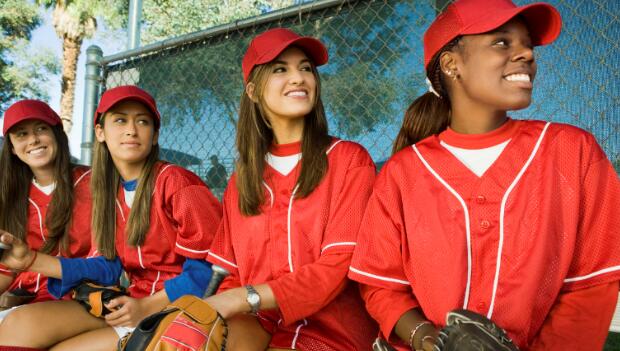 It's not how you start, it's how you finish. Employ these two drills to make sure your team's practice ends on a fun and informative note.

Softball shouldn't just be total concentration or a constant onslaught of drills, drills and more drills. There is a time to have some fun and still learn or polish some skills.

I like to use the end of practice for fun games that can create some team-bonding while still focusing on softball fundamentals. Here's hoping it works with your squad.

One of the best games I have used is called "Barney Bop." The tools needed are a sturdy chair, a large stuffed toy (I use Barney, hence the name) and preferably a backstop or net to place behind the target.

Start by placing "Barney" in the chair and if needed, prop him up to get him about 3-4 feet off the ground and place the chair with Barney straddling 1st base. Place a net behind the chair.

Now divide your team up into two groups and have them line up in two columns at the shortstop position. Have the 1st player from Team 1 take the first play. Hit a grounder the player 1. She must cleanly field the ball and make a throw to 1st base trying to knock Barney out of the chair.

If this is done, her team scores one point. Then the 1st player from Team 2 takes the next play and does the same thing.

Do this until all of the players have had at least one turn. You can move the players from shortstop to 2nd base and do the same game.

I have also had the players set up out in the outfield and place the chair at 2nd base to teach a good throw to 2nd. Try to have some type of prize for the winning team, like not carrying the equipment or something like that.

Another game I like is called "3, 2, 1, Run." In this game, again divide the team up into two teams. One team is at bat and one team is lined up behind 3rd base.

Take three balls and line them up at intervals of about 5-7 feet apart from 3rd base toward home plate. They should end about half way between 3rd base and home plate. The team at home is called Team 1 and the ones on defense are Team 2.

Have the 1st player from Team 2 stand on 3rd base with her glove while the 1st player from Team 1 is at home plate. When the coach says, "Go", the defensive player must run to the 1st ball, pick it up and make a throw to a teammate standing at 2nd base (I have a bucket there to drop the balls into), then go to the 2nd ball and do the same thing and on to the 3rd ball. The player at home starts running at the sound of "Go" and runs to 1st base and on to 2nd.

The object of this game is to throw all three balls to the defensive player at 2nd base before the offensive player gets there. This is a LOT harder than it sounds, but it teaches making fast, accurate throws while under pressure.

After all members of each team have had a turn, switch places. You may have to adjust the distance between balls to make it fair for each team.