Will I Run Faster If I Lose Weight? 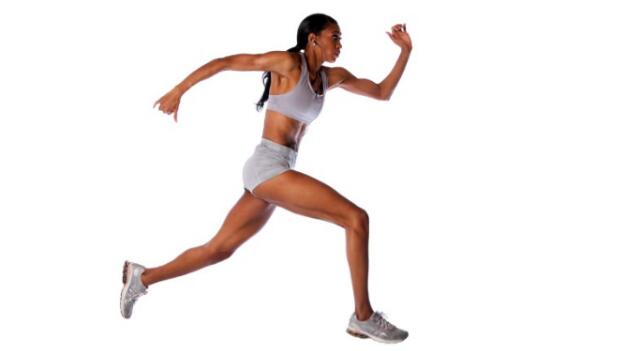 Once you've been running for a year or two, you start to look for ways to race faster. While training is great—it's contemplative, relieves stress, and provides structure to your day—most runners will eventually become focused on ways to run faster. Or, said another way, they'll be focused on "transcending a former self."

Even if a runner started to run just to lose weight, she may soon ask the question: "Are there ways to help me run faster?" This often leads to another question when a person gets serious about her running: "Will I run faster if I lose weight?"

More: What Is Your Ideal Racing Weight?

The answer: It depends. Honestly, most runners will run faster if they lose weight, but I don't feel comfortable making a blanket statement like this because, unfortunately, running is a sport where eating disorders are prevalent. For athletes who struggle with eating disorders, there inevitably comes a point where they start to run slower because they are restricting calories, either for aesthetic or performance reasons (which are obviously misguided).

More: Athletes and Eating Disorders: How to Find Peace

No doubt most people reading this article do not have to face the daily struggles of an eating disorder, but I wanted to bring this up at the outset. Not everyone who loses weight will end up running faster.

The flip side: If we were to take two runners with identical levels of fitness and trim 5 pounds of fat off one of the runners (note I said fat—you don't want to lose muscle), then the lighter runner will run faster. Why? Imagine grabbing a five-pound dumbbell and strapping it to your low back. Could you run? Yes. But think of how much harder it would be ? quite a bit harder.

Another way to look at how weight (or mass) impacts running: Analyze VO2 max, which is simply a calculation of the amount of oxygen used when running. VO2 max is a number that is often reported as ml/kg/min. If you decrease your mass—for example, the kilograms that you weigh—you can increase the number. It makes sense because your heart and lungs are still as proficient at pumping oxygen-rich blood to working muscles, but there is less mass to lug around the track or through the streets in a road race.

So, yes, if you're a serious runner and you lose a bit of weight, you will likely run faster.

But, many runners fail to understand that even though they may be running many miles each week, the body has a protective drive that maintains fat levels in case there were to be a lack of food. While scarcity of food and calories likely isn't a concern for most of you reading this, we can't forget the years and years where starvation was a very real problem for our ancestors. The body wants to store fat, and that makes getting really lean a challenge for even the most motivated runner.