The SilverSport Bra: An Odor-Free Sports Bra You Don't Have to Wash? 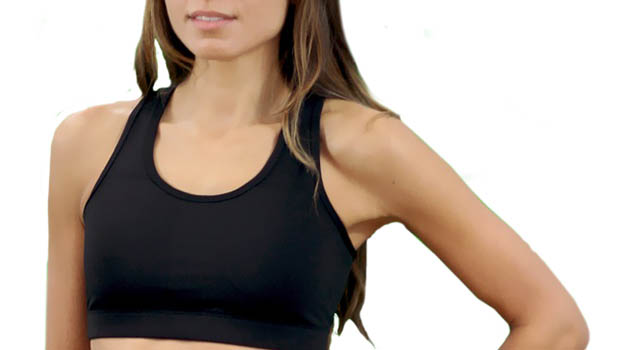 There's no doubt about it: Laundry is a chore that never ends.

And it's especially irritating for runners dealing with mounds of sweaty shorts, socks and sports bras. (Seriously though, so much laundry.)

Lucky for us, SilverSport has created a sports bra they claim does not have to be washed after wearing.

At least not after every workout, that is.

The sports bra (along with other products from Silversport) is made with nano-sized silver particles that provide odor-free and anti-bacterial performance during even the toughest and grossest of workouts.

So how exactly does it work? When the silver-charged particles come into contact with moisture, they permanently bind to and eliminate odor-causing bacteria. SilverSport calls this technology SilverClean, giving the user a choice of how often to wash the product.

Silver as an Anti-Bacterial Agent

In recent years, a number of studies have highlighted the benefits of using silver ions to prevent bacterial growth, and companies across many industries have started using silver technology in their products, including Samsung, Curad and LG, to name a few. Based on its low known toxicity to humans, silver has even been suggested as a method for disinfecting drinking water.

SilverSport's suite of silver-infused products—including apparel, towels, socks and yoga mats—all use silver technology to prevent the growth of bacteria due to sweat, promising an odor-free workout (or two or three).

Putting SilverClean Technology to the Test

To test the SilverSport promise of odor-free performance after multiple workouts, I ran in the sports bra a total of eight times without washing it once (don't judge me). While visibly marked with dried sweat spots, the sports bra did not have a single bit of unpleasant smell. I even had others smell it—with much apprehension—and they were quite surprised to find that a sports bra worn eight times was odor-free and ready to go another round.

In fact, I'll probably run in the bra many more times without washing it, just because my curiosity is getting the best of me. And, of course, to save water.

In terms of providing ample support for "the girls," the performance of the product was on par with most other sports bra companies, allowing you to concentrate on your workout—and the next one after that.

The Impact of Silver Technology

In addition, the use of antibacterial products in athletic gear is also likely to help prevent the spread of germs in gyms and workout facilities, leading to a much cleaner gym environment. (That is, depending on how you feel about the role of bacteria in our lives.)

The only question left is, could you deal with the stigma of using an unwashed (but germ-free) garment?