The Rookie Runner: The Benefits of Wireless Headphones 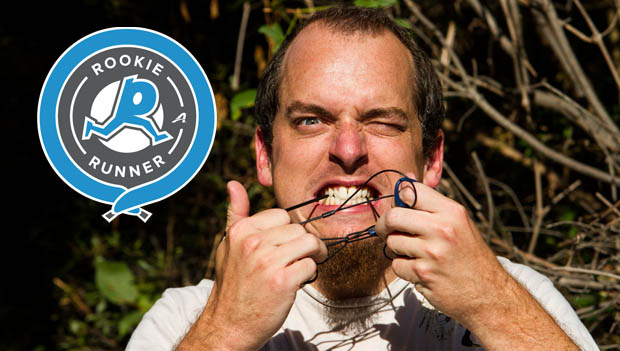 Follow Active.com Senior Editor Scott Brown as he trains for his first half marathon. Get caught up on the series by reading Scott's introduction and his first-ever gait analysis.

I was in third grade the first time I sat through the not-so-dulcet tones of a dial-up connection to hear the friendly America Online guy's trademark, "Welcome, you've got mail." Yes, that also means I'm a member of the first generation of Americans to have our collective attention span ruined by the Internet.

Between that and cable television, I had more entertainment and information at my fingertips than I could ever hope to consume...which meant I had no interest in long-distance running because it was boring as hell and my mind would wander (SQUIRREL!).

I think that's part of why the Couch to 5K app worked so well for me; the built-in trainer (I'm a fan of "The Walking Dead," so I went with Johnny Dead as my coach, obvi) would check in on me throughout my run to make sure I hadn't gotten distracted by a butterfly, and the built-in music player allowed me to RAWK OUT while I ran.

The thing is, in order to take advantage of these features you have to run with headphones—unless you're willing to blast the audio out of your phone speaker and force your music on the rest of the world like an inconsiderate savage (yes, I've done this). Here is a CliffsNotes progression of my running-with-headphones issues:

Scenario: Phone in hand with old school wired headphones.
Problem: Cord bounces around, gets caught on my other hand, unplugging headphones or pulling out of my ears. Not to mention the fact that you shouldn't run with things in your hands.

Scenario: Phone in hand with old school wired headphones running underneath my shirt.
Problem: Still shouldn't run with things in your hands. Plus the wire gets really gross.

Scenario: Phone in CamelBak that I bought in 2008 to wear on my motorcycle but then never used, with old school wired headphones.
Problem: Wire barely reaches the pocket on the CamelBak, gets caught on the pack's flap and pulled out of my ears.

Then I got my grubby little hands on some wireless headphones, and I learned the true meaning of freedom. OK, that might be a little over the top, but if you're gonna be running for long stretches of time multiple days a week, wireless headphones are definitely worth the convenience.