The Coolest Things in Running: April 29

An 85-Year-Old Just Broke the Half Marathon World Record

Ed Whitlock is no ordinary runner. Not only does Whitlock hold more than 80 world records, but the Canadian is also a healthy and vibrant 85 years old. 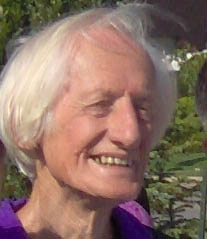 During the Waterloo Half Marathon in Ontario last weekend, Whitlock shattered the half marathon world record for his age group, clocking a 1:50:47. This was more than 9 minutes faster than the previous record set in 2006 by Germany's Georg Gabriel.

While many runners would be happy running 13.1 miles at an 8:27 pace, Whitlock had hoped to run even faster than that, saying the race "wasn't pretty." While he didn't have a specific reason for not meeting his goal, Whitlock used this race to gauge his readiness for another full marathon—which he doesn't think is in the cards anytime soon.

To date, he has completed more than 40 marathons and nearly 50 half marathons, and also competes on the track, where he, unsurprisingly, holds numerous records there as well.

A 12-Year-Old Girl Accidentally Runs Her First Half Marathon

When LeeAdianez Rodriguez-Espada signed up for the Wegman's Family 5K race in Rochester, New York, she had no idea she'd be in for a lot more than she expected.

After arriving a little late on race morning, the 12-year-old had her mother drop her near the start line before finding a place to park. When she saw a group of runners begin to run, she jumped in with them, thinking she just barely made the start of the race.

About four miles into the race, Rodriguez-Espada wondered when she would be seeing the finish line. When she asked a nearby runner how much was left in the race, the answer she got wasn't what she expected.

As it turned out, she was running the Flower City Half Marathon, not the Wegman's Family 5K. The 12-year-old could have easily quit then and there, but instead, she kept running.

Meanwhile, her mother grew worried at the 5K finish line as time passed and her daughter did not show up. She asked race officials and local police to help track her down using the chip in her bib.

A police officer finally located Rodriguez-Espada, and kept an eye on her until she crossed the finish line of her first half marathon with a time of 2:43:31.

The best part? All that running didn't even make her want to take a break. The 12-year-old plans to run another race this weekend.

This time, her mother will also complete the race—to keep an eye on her, of course.