Running Technique: The Importance of Cadence and Stride 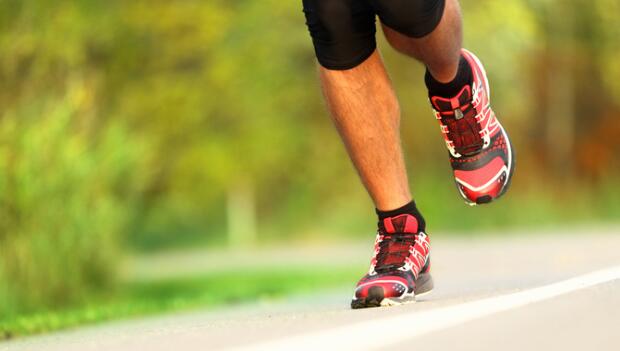 Rookies in almost any sport spend the bulk of their time—at least in the beginning—learning proper technique. Whether it's honing that penalty shot on the soccer field, executing the perfect tackle in football or achieving an efficient swim stroke, athletes and coaches spend a lot of time and effort on the mechanics of the sport.

Arm carriage and correct foot fall are important for developing a precise running gait, but the easiest way to improve your form is to focus on running cadence. The correct cadence can vary by individual. Optimal cadence is generally considered to be somewhere around 180 strides per minute.

"170 and higher is ideal, but 'ideal' is slightly different for each person," says Blaise Dubois, a physiotherapist and owner of The Running Clinic in Quebec, Canada.

Consider the benefits to both performance and injury prevention when training your stride cadence. As you become accustomed to pounding the pavement around 180 times each minute, you'll likely find yourself less injury prone and faster.

A number of studies have suggested that a faster running cadence helps to adjust a runner's form, and in turn, may lead to fewer injuries.

In a recent study, published in Medicine & Science in Sports & Exercise, the biomechanics of step rate were analyzed. Researchers monitored three-dimensional kinematics and kinetics in 45 healthy, recreational runners and paid special attention to the hip, knee and ankle joints. They found that slight increases in stride cadence led to significant reductions in loading on the knee and hip joints, which, they hypothesize, might help prevent some of the most prevalent running injuries.

"It decreases the vertical loading rate and the stress on the skeletal system, in particular the knees, hips and lower back," says Dubois about increased cadence.

A quicker cadence generally leads a runner to hit midfoot compared to runners with longer strides. This longer stride causes runners to extend their legs out in front of their body, creating a breaking effect. This can slow you down and lead to injuries.