Runners vs. Wildlife: Do You Know How to React? 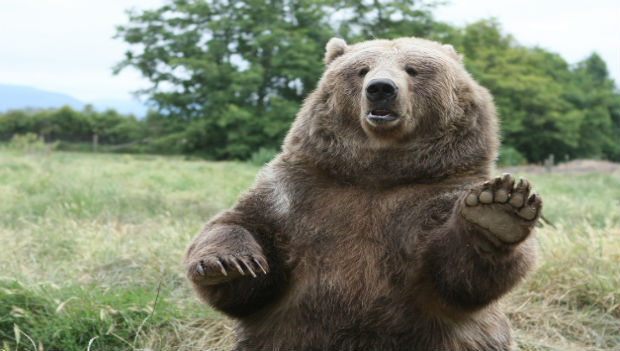 If you've ever run through wild terrain, you might have made a joke or two about coming face-to-face with a big, furry creature.

Though rare, when humans meet wildlife during a run, the encounter can be no laughing matter. Do you know how to react to ensure a safe and peaceful escape?

We consulted Dr. Jason Ransom, a wildlife biologist for the National Park Service, and David Mizejewski, a naturalist with the National Wildlife Federation, for some advice on what we should--and should not--do.

The best way to prevent an encounter with a bear, for example, is to avoid territories where they are known to hang out. But if you decide to run in areas ripe with potentially dangerous wildlife, don't go alone.

"Even two people are often enough to deter wildlife from approaching, and in the rare event of an attack, the second person can get help," says Mizejewski. "A cell phone to make emergency calls is a good idea. Also, make sure other people know where you are and when to expect your return."

Keep facing the bear and don't run. That could trigger the bear's predatory instinct to chase.

You should also consider carrying bear spray or even a firearm to shoot a warning shot if an animal approaches.

While you're at it, ditch the headphones. Maximum awareness of your surroundings can make a significant difference.

Know What to Do

If you spot a bear ahead, stop and carefully back away.

"Keep facing the bear and don't run," says Mizejewski. "That could trigger the bear's predatory instinct to chase."

According to Ransom, the key is to "look and sound like a human."

"They really don't care to be around us and are often just curious or confused until they realize what we are," he says.

But if you come within a few feet of a bear, how to react depends on what you're dealing with.

For a black bear, "shout and make noise to scare it away," Mizejewski says. "Bang a stick on the ground, throw rocks or hold your jacket over your head to make yourself more intimidating."