How to Work Up to a Half Marathon 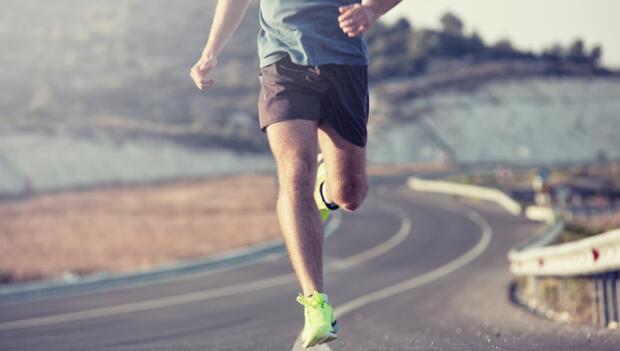 Recreational runners tend to concentrate on either relatively short races, such as 5K and 10K, or get hooked on the marathon. In between, there are the longer endurance distances of the half-marathon (13.1 miles) and the 20K (12.4 miles). These can be especially rewarding because you get a taste of a reasonably long distance, which is fun if you are used to speedy 5Ks and 10Ks.

More: 7 Training Tips for Your First Half Marathon

You can also use these longer races as a transition to work up to 20 mile and marathon races. Often, the biggest boost you get from the middle long distances is that, unlike the marathon where most of us fade in the last few miles, it is not too hard to run an even pace, or even a negative split, over these distances.

The secret to moving up from shorter distances to the half marathon or 20K is train like a marathoner. It's a significant leg-up in distance from 10K, so your main job is to develop a biweekly long run. If your current long run is up to 12 miles, which is ideal for many 10K runners, then tack on another couple of miles every two weeks until you reach 18 to 20 milers at a comfortable, conversational pace.

More: How to Train for Your First Half Marathon

On the weekend you don't run long, go to a track and run intervals. Run four laps (1600 meters) at 10K race pace, and keep them honest; don't run faster. Begin with a couple of miles easy warmup, then run one interval followed by a two mile cool down. Next session, run two intervals with one lap recovery in between. Increase by one interval every two weeks until you can run six to eight 1600 meter intervals with easy one lap recoveries.

Your long run and interval building should take about 12 weeks. If your race course is hilly, include some hills in your long runs, but don't run them too hard. Run up hills keeping good upright form, and don't pound down hills.

More: How to Run Downhill

Take your last long run three weeks before race day, then cut to half that distance on weekends. Cut your intervals by half, also, but run them a little quicker to tune up your leg speed. The week before your race cut the distance to about 25 percent of normal, but still do a small amount of quick running on the track.

How do you decide on a satisfying race pace? About 25 seconds per mile slower than your 10K race pace is about right for most middle-of-the-pack runners. The half marathon and 20K distance are good distance races that allow you to put out a sustained effort with a good chance of an even pace. The training is more demanding than for good 10Ks, but makes it easier to take the next step: the marathon.