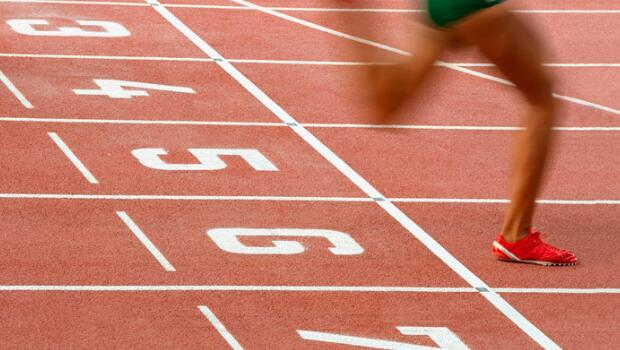 I'll be blunt: I believe just about every reasonably fit male the age of 45 has the theoretical physiological capacity to run his age for a 10K, that is, a 10K in 45 minutes.

Likewise, the significant majority of 54-year-old men ought to be able to run a 48-minute 10K. Women add 4 minutes.

"You're grossly generalizing," you might say. Yes, I am. "You have no independent, peer reviewed, published data on which you rely." No, I don't.

Furthermore, it gets worse. Assuming you have no anatomical problems that keep you from training and running regularly, my contention is that 60 percent of those reading this are able to achieve what I describe above.

Twenty percent cannot -- that is, you have other things you're good at. Running is not among your skills.

However, that leaves another 20 percent, and you are capable of much, much more than the modest 10K speeds I published above. One out of every five men reading this can run 38 minutes for a 10K at age 45. Subtract or add 15 seconds per mile for every year older or younger, down to 25 and up to 65.

If you don't think you can achieve this, it's only because you can't conceive of that sort of speed based on your current conditioning, body structure, and experience.

Your sedan can't negotiate the oval at Daytona Speedway at 160mph. Give it to a NASCAR team and when they're done with it you won't believe what your little Ford can do. Of course, it won't be street-legal when they're done.

That's the sort of mindset you must have. You won't be street-legal when you're done getting ready for your 10K onslaught. If you engage in what I propose below, you'll feel like you've jumped in head-first, and as the weeks go by the water increases and gains in speed and you'll feel as if you're swept along in the stream.

At first, you'll be the prime mover, dragging your body through the workouts. Weeks later, however, it's your body that'll be pulling you forward at speeds and efficiencies you wouldn't have thought possible.

Now for all the caveats. Obviously, the older a person is, the more evident the potential roadblocks. I know people who have the heart and lungs and legs but, alas, no longer enough cartilage in the knees.

When I say a person has the innate ability required to perform a task, I mean his genes and receptors and processors that conspire to suggest and allow and trigger the engine and drive train to put out the horsepower are all there and ready to work.

Obviously, you can't drive the car very far or fast if it's got a flat tire or a broken driveshaft. Only you can determine whether your "infrastructure" is ready for a campaign to demolish your running PRs.

More: 4 Ways to Build Speed Workouts Into Your Runs

The other unknown is the state of your heart and circulatory system. I am routinely advised of yet another personal friend who, though long in apparent top health, discovers a heart ailment. Often, it's hereditary.

Also often, it's the sort of malady that doesn't manifest itself unless under a heavy load. If you want to run ultra fast, your heart is going to be under an ultra heavy load. I can't warrant that running at such a load is good for you.

I frankly haven't noticed that those who've been top runners live longer than those who've been moderately active. In fact, as a layman I'd hazard a guess that you'd probably be healthier if you didn't push the envelope the way I do, and the way I'll describe below.

If you think you'd like to see what you're capable of anyway, you might consider a stress EKG before getting heavy into the high-heart-rate stuff.