How to Recycle Your Old Running Shoes 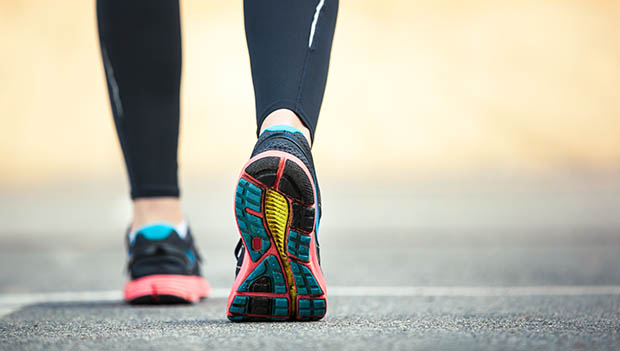 Take a look at your closet or garage—we'd be willing to bet that you, like many runners, have a pile of used running shoes on the floor.

Whether it's because we get attached to a pair after putting in serious miles or we're saving them for mowing the lawn or the occasional "painting the house" projects, these shoes accumulate faster than we'd expect.

But let's say you're ready to move on and get rid of your old running shoes. First of all, unless they've been all-but-destroyed, don't just drop them the trash can. Making a pair of running shoes is energy intensive and requires the use of a lot of synthetic materials—it's best to recycle them when possible.

Before we begin, it's important to remember that reducing consumption is always the best way to lessen your impact. Try to wear a shoe until it's totally worn out before buying a new pair. Running shoes are generally structurally sound for around 300 to 500 miles, and we'd guess many shoes don't fully live out their entire life cycle before users move onto the latest and greatest.

Without further ado, below we listed a few ways to recycle your old running shoes and make a positive, lasting impact.

Footwear and apparel powerhouse Nike has implemented an interesting solution for recycling old running shoes. It's created the Reuse-A-Shoe program, where runners can drop their used shoes (of any brand) off at one of its participating retail locations. From there, the shoes are transferred to the "Grind" program that grinds and recycles the materials to create turf fields, basketball courts and running tracks.

Nike has even innovated to the point where it's now using these materials for mannequins and shelving in retail spaces, sweatshirts and even Nike and Converse footwear.

Not all shoes need to be ground up into little bits of rubber. If a shoe is gently used, it can be reused. Colorado-based non-profit One World Running has been providing running shoes for the less fortunate since 1986. It collects and washes shoes (as well as other athletic wear) at events and local running shops and ships them to areas like sub-Saharan Africa, Haiti and Central America to give them a "second life."

Shoes that are donated that don't quite meet their standards are then shipped to, you guessed it, Nike for the aforementioned Reuse-A-Shoe program.

Recycling 56 million pairs of shoes and counting, Soles4Soles' mission is all about turning shoes and clothing into opportunity. It's one of the top non-profits in the country, and its programs aren't just about recycling old shoes, it's focused on distributing shoes to people in need around the world, as well as helping these people (especially women) "sell" donated shoes and clothing to break the cycle of poverty through their micro-enterprise program.

You've likely already heard of TerraCycle for its other recycling solutions, but its Zero Waste Box is its latest endeavor in reducing our impact as consumers. For a fee of $129, TerraCycle will send you a box (and prepaid return label) to be filled with "any form of footwear." Obviously, this includes running shoes, but it also includes shoes like heels, boots, loafers and more. Upon return, they'll separate the materials (fabrics, plastics, woods, etc.) and either repurpose or recycle them.

We know the idea of paying to recycle will be limiting for some, but we suggest crowdsourcing funds through your running club or athletic group to make one of these boxes available for you and its members.

READ THIS NEXT: 5 Signs It's Time to Ditch Your Running Shoes