How to Prevent and Respond to Runner's Knee 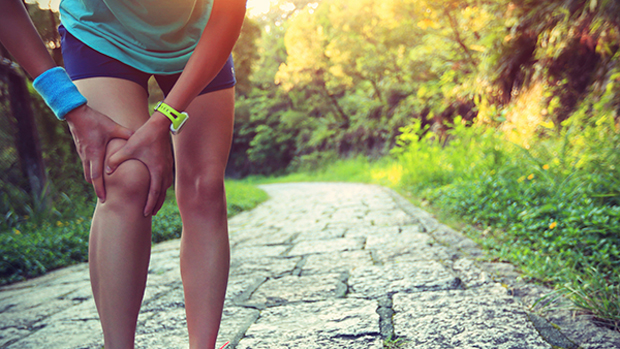 If you’ve ever been besieged by a nagging pain at the top or side of your knee cap, you’ve likely experienced patellofemoral pain syndrome (PFPS), more commonly known as runner’s knee.

The condition is so named because it’s one of those injuries that many runners experience at some point in their training. The pain occurs when the patella, or knee cap, rubs against the lower attachment of the femur, usually because the patella is out of alignment. It’s also possible, but less common, that the cartilage that normally lies beneath the knee cap has worn down. If you love to run but suffer from runner’s knee, these expert tips will help you manage it and get you back to pounding the pavement.

Jason Fitzgerald is an elite runner and coach, author of several running books, and the creator of the Strength Running Injury Prevention for Runners program.

“Typically, this is an overuse injury,” he says. “It can be caused by doing too much mileage, too soon before the runner is ready for it, at too fast a pace.”

Fitzgerald believes the best way to prevent runner’s knee (and most other running-related injuries) is to avoid overtraining. Dr. Larry Goldfarb, a certified chiropractic sports physician and founder of the Medical Wellness Center of New Jersey, has worked with both recreational and Olympic-level runners for around 35 years and echoes that sentiment. Goldfarb tells his patients that a running program should be “slow and steady, not fast and furious.” Goldfarb recommends that runners gradually build mileage, adding only about five percent per week.

Goldfarb also noted that the right gear could make a difference for some runners. For those who over-pronate, he often prescribes orthotic inserts. He also advises his runners not to scrimp on quality when it comes to running shoes, and to replace shoes as soon as the sole becomes worn. One thing you don’t have to spend a lot on is a knee brace. Goldfarb says that even inexpensive braces available at drug stores and grocery stores can be effective for alleviating pain, because they provide additional support at the patellofemoral joint.

Start off simply with balance stands, clamshells, bent knee raises and short step-ups, progressing to squats and lunges, which will also target the quadriceps, as your strength and alignment improve.

Note, however, that with runner’s knee it is very important that you work up to— but never past—the point of pain, and Goldfarb recommends working with a trainer to ensure that proper form and alignment are adhered to.