How to Burn More Calories on Your Run 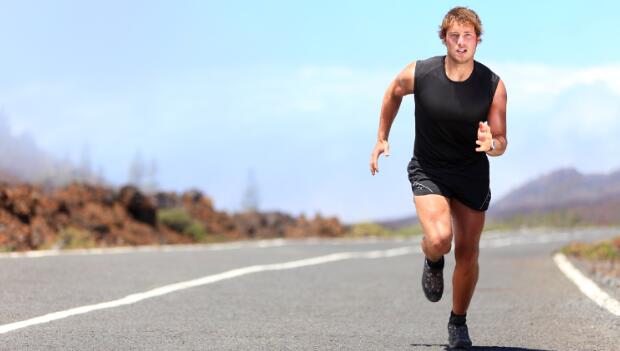 Most people operate under the assumption that the more they run, the more weight they'll lose. That's true, but only to a point. Running is an incredibly effective and efficient form of exercise for burning calories. (You burn about 8.5 calories a minute when moving at a comfortable pace.)

Problem is, the more miles you log, the more efficient your body becomes at running and the fewer calories it burns, says Wayne Westcott, Ph.D., fitness research director at Quincy College in Massachusetts.

In other words, you'll initially drop some pounds, but your progress will flatline as soon as your body adjusts to your exercise regimen. Plus, running long distances on a regular basis takes a physical toll (in the form of injuries, like runner's knee) and can seriously dampen your enthusiasm. Ultimately, all that pain and boredom can cause many people to burn out and give up.

Thankfully, there is a better (and easier) way. By learning how to make your runs more efficient at burning fat (by running with more intensity and by making your body stronger), you can get more benefits in less time, says Andrew Kastor, a running coach in Mammoth Lakes, California.

You'll still need to run three to five days a week (depending on which of the two programs you decide to follow), but rarely for more than 20 minutes a pop. That's not so bad, right?

Sneak in Some Speed


If you work out, you've probably heard of intervals—short bursts of intense exercise with periods of recovery in between. Here's why they work: When you chug along at a comfortable pace (as most people do), your body gets energy easily from the oxygen you inhale. But once you switch into high gear, your muscles start working harder to process that O2, so they expend extra energy recruiting other chemicals in the body (adenosine-triphosphate and phosphocreatine, in case you're interested) to get the job done.

"Your body likes to be on cruise control, because that's where it's most gas efficient," explains Westcott. "But when you push on the gas pedal, as you do in intervals, your body becomes less efficient and has to burn more calories to do the activity."

And these quick-but-killer efforts may be the closest thing you'll find to a magic calorie-burning bullet. You not only log less sweat time (which is kinder to your body) but also continue to incinerate calories at an increased rate even during the walking or jogging recovery periods, says Westcott.

The body-slimming benefits of intervals don't end there. Your metabolism logs serious OT after your run too. In a study in Medicine & Science in Sports & Exercise, women who ran hard for two minutes followed by three minutes at a low intensity torched more calories in the 24 hours following their sweat sessions than those who did slow, steady mileage.

They also lost 4 percent of their body fat in the weeks that followed, while the continuous-pace group didn't lose any. That might not sound like a huge number, but "it's enough to see a noticeable change in the mirror," says lead study author Craig Broeder, Ph.D., an exercise consultant in Naperville, Illinois.

Intervals come in a variety of sizes, and you can count on the fat-melting effects no matter how long an interval you do. "It's best to mix and match short, medium, and long intervals to keep your body guessing," says Westcott.Devote one day a week to one of the calorie-crushing regimens below, says Kastor. Warm up and cool down with five to 10 minutes of slow jogging or fast walking. For the most slimming results, switch up your workout—don't just stick with the interval routine that feels easiest.